Where do I start? How do I start? How do you describe what was the biggest competition in the 40+ years of breaking history? How do you talk about an event that gathered the biggest talent pool of bboys/bgirls? Gave out $90,000 dollars in cash prizes, provided free gear, food, massages, and chiropractic services to the 400+ competitors that signed up? And lets not forget, this was a FREE EVENT FOR ALL!! If there is one word to describe the Silverback Open that word is “HISTORIC”.

The Silverback Open Championships marked the 39th stop in the Pro Breaking Tour, and the first of two championship events in the 2015 calendar year. It’s been the most anticipated and talked about event since the Silverback Open Facebook page released its 1 vs 1 signed up list. Lets just say, in the same way “Back to the Future” fans await October 21st 2015 when Marty arrives to the future, the break world awaited October 10th & 11th as it would give our community a glimpse into what could potentially be our future.

Friday Oct 9th 2015
The Courtyard Marriot in Wayne, Pennsylvania become the central grounds for the breaking community worldwide. Bboys and Bgirls from across the world gathered and chilled as more and more started to arrive. The lobby become a hub for all to reunite and enjoy each others company as many of us only see each other 2 or 3 times a year. Later that night the “invited guests” for Silverback Open gathered for a welcome dinner held at Ruth Chris Steakhouse. There you can see the different groups of bboys hanging out enjoying a wonderful dinner, but it also gave everyone a glimpse of what was to come. The USA bboys had their table, the Eastern Europeans had theirs, the Japanese had theirs, and the Koreans had theirs. Together but separate. Frienamies. We couldn’t wait for Saturday. 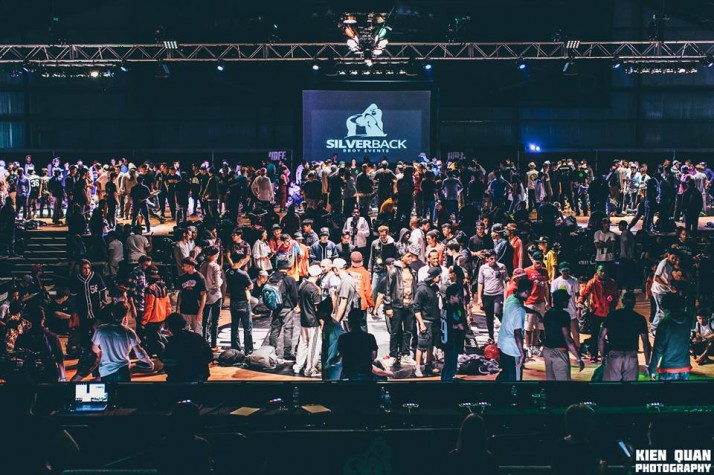 I got to the venue at 8 AM. The set up was just about complete as doors were to open at 10:00am. Seems early for a breaking jam, but when you are expecting 400+ to sign up for the battles, you need as much time as possible. Getting there early helped as Zack and I got to discuss how the prelims would work. The night before I was told there would be 3 prelim cyphers and I would be in charge of running the Monster Cypher. Upgrading the prelims from 2014 was important in order for the event to have a good flow. The 3 prelim cyphers had 5 judges each. For example, my cypher featured Renegade, Profo One, Ghost, Free, and Ruen. The other 2 cyphers known as the UDEF cypher and the Silverback Bboy Events cypher featured prelim judges Poe One, Yan The Shrimp, Focus, Ken Swift, Wicket, Napalm, Bebe, Nabil, Charles, and J-Rawk. The official 7 judges for the 1 vs 1 battles where: Poe One, Yan, Focus, Ken Swift, Free, Ghost, and Wicket with alternates in case a judges crew member was competing. DJ’s Bles One, Fleg and Foxx Boogie provided the breaks as the host, Nemesis, kept the energy level up with the crowd.

Check out the 1 vs 1 bboy/bgirl battle cash breakdown:

With those kind of prizes, you can see why the world’s best came out to earn a shot at the title. How high was the competition level?

Thesis (defending champ) did not manage to make the battles along with Mounir (BC One 2012 World Champ), Lego, Keebz, Lil G, Hulk, Potter, and Kleju . Other world class bboys like Moy, El Nino, Ronnie, and Morris didn’t make it past the Top 32. Silverback Open Championships talent pool was truly like nothing ever before. It was Lord of the Floor, BC One, Freestyle Session, and Outbreak Hiphop Festival all put into one.

Bgirls from all over Japan, Ukraine, England, France and the USA came out to get their piece of the action. The atmosphere at the event was amazing. Tons of cyphers throughout the jam, perfect lighting all around, a huge projector screen for those that didn’t want to be in the middle of the action, community vendors all over providing goods to the community. With 3 cyphers, the prelims did not drag. 450+ competitors in less than 2 hours is somewhat of a “record”. The battle vibe was second to none. The crowd really was really into the action. To give you guys a taste, lets check out one of the best and hypest battles of the night.

THE BATTLES:
What can be said about the battles that has not been said? Everyone already expressed how amazing, incredible, out of this world, fresh, dope, hype these battles were. We don’t want to give to much info because thanks to UDEF and its event sponsors: Silverback Bboy Events, Monster Energy, Mackie and Uber, the Silverback Open Championship battles are available on live stream! How amazing is that? If this event had taken place 15 years ago, you would’ve had to wait months to view the battles. Thank god for modern technology. 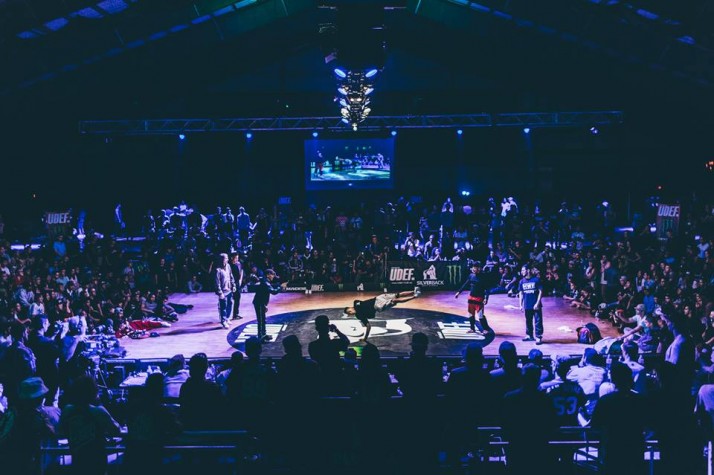 With the excitement of the 1 vs 1 in the books and 2 champions crowned, it was time to move into the 3 vs 3 part of the competition. Day 1 was a big challenge to coordinate and it definitely helped us in day two as the flow of the prelims was even smoother. 150+ crews from across the world looking to take home over $37,500 in cash prizes.

From the many crews representing, the ones that stood out were: Hustle Kidz, Skill Methodz, Body Carnival, The Squadron, 7 Commandos, Polskee Flava, Sweet Technique, Super Crew, Rock Force, Knuckleheads Cali, Kucklehead Zoo, The Ruggeds, Eastside Bboys and HaviKORO. With so much talent in the venue, it was bound for these battles to get heated. One of the hypest battles of the night had to be 7 Commandos vs Top Eastside Bboys. Check it out below, you’re in for a treat!

We again don’t want to give out so much in regards to the battles since we have the official live stream! Reading is fundamental, but watching breaking battles is a whole lot more exciting! Here you go, Silverback Open Championships DAY 2 LIVE STREAM!!

As a special treat from one of the sponsors, we give you MONSTER MOMENTS! The best that was Silverback Open Championships 2015!!

For the AMAZING pictures from the event photographers check out the links below:

We would love to send a very special shoutout to Steve Graham aka Bboy Silverback for his speech during the opening dinner. Check out the SHORT speech on the graphic below. 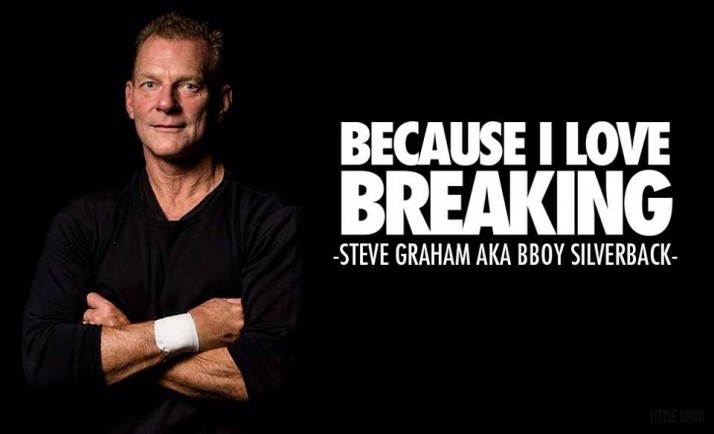 Follow the tour as it hits the final stretch of 2015. Next up: Evolution New York.
Make sure to stop by: udeftour.org/fullschedule for the 2015 calendar year.