A look inside the new BGSK store in LA… 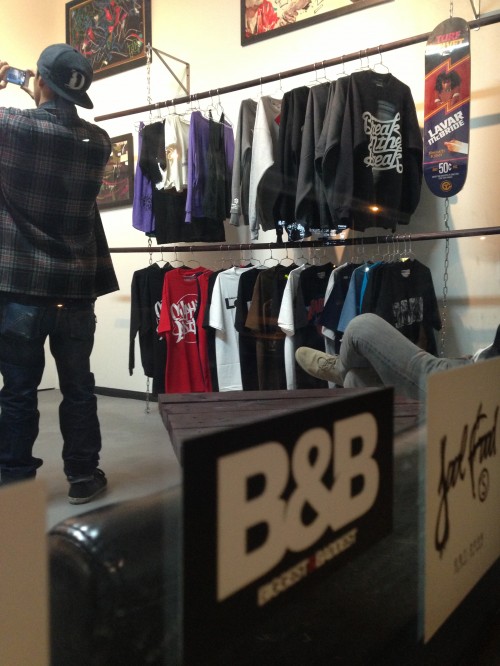 In the last few years, our community has expanded in ways we never imagined. From jams on a weekly basis, clothing brands, community centers opening up, and now independently owned clothing stores. Last Saturday in Santa Monica, BGSK (a collective of friends consisting of Squid & Eddie Burns of Unique Styles and Julez of Main Ingreedyants) opened the doors of their new clothing boutique called BGSK Store. The boutique carries community based brands such as Biggest&Baddest, Nufsed, Cypher Adikts, Bofresco, Soul Food, and more. It was a must that I flew out to show my support. I stopped by Friday night to check out the spot, and the guys really did a great job. The boutique is not big (most are not), but the space worked out perfectly. Everything is displayed a way that makes it look very spacious while keeping the shelves fully stocked up with merchandise. The art work on the walls give the store a great feel, everywhere you look there’s something dope capturing your eyes. 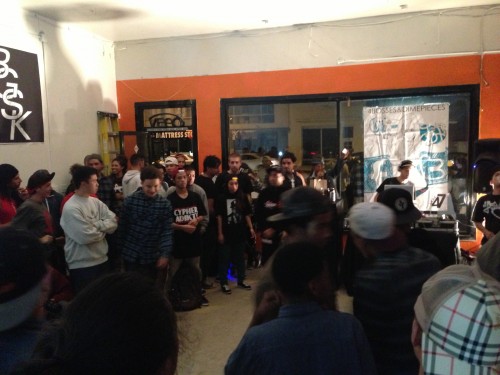 Saturday the fellas had access to the venue next door where the official BGSK store opening jam took place. The event consisted of a 1 vs 1 footwork battle as well as performances by Julez/ BGSK and Artson of Rock Steady. DJ Ervin (Cypher Adikts) killed it on the 1’s and 2’s all night. The battles featured some nasty bboys from as far as Italy and Japan. In the end Rock so Fresh’s (San Diego) own Sumo took 1st place vs Saul of Squishy Docious (Los Angeles). Bboy Krash X-Mob/Zulu K was recognized as the first ever bboy who will be sponsored by the BGSK store.

In the midst of the battles the store had its opening ceremony. Over 150+ showed up to support and once the doors opened everyone rushed inside to shop. It felt good to see some buying B&B gear from the racks, and the store remained open all night as the party went on. I showed my support by buying a really nasty Levi’s jacket! Overall the night was a great success, a dope amount of people showed up, the store got lots of support, and above everything the people who attended had a great time. 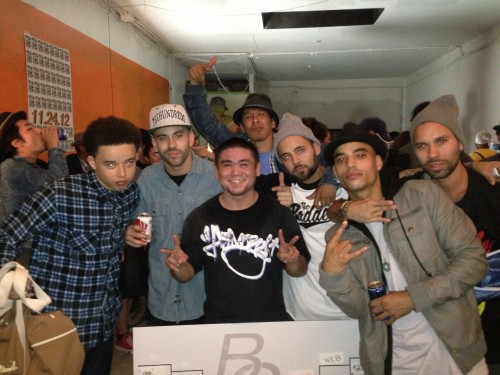 On a bigger note, to ALL L.A area Bboys and those visiting L.A:

Make sure to always stop by the store and show your support! Its important to support each other in order to grow as a community. The Cali streetwear market is a very competitive market and most rock L.A. based brands, but lets be honest, what are those brands doing for us?

We wish BGSK ALL THE BEST IN THEIR NEW VENTURE!!!