Award Winning Documentary Film Among B-Boys Airs on Public Television during the Month of May! 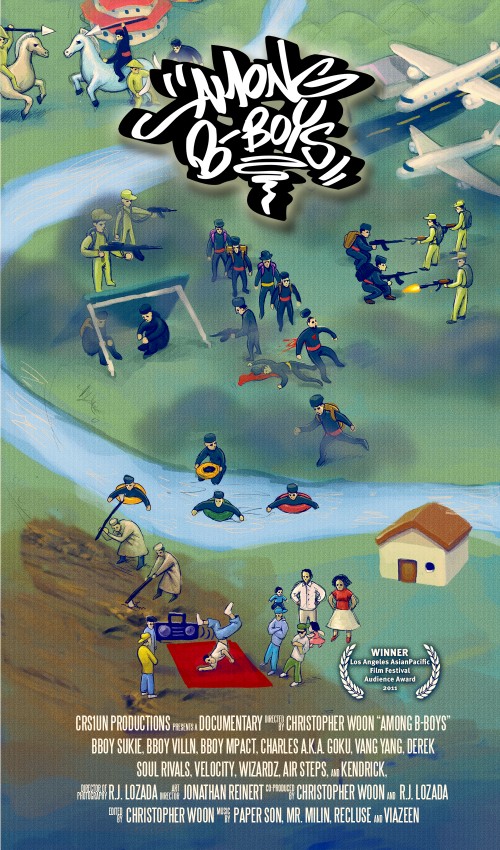 In May 2011, my documentary film Among B-Boys – that shares stories about the intersection of breaking and Hip Hop culture, and the Central California and Midwest Hmong youth community – premiered at the Los Angeles Asian Pacific Film Festival. From there it would garner the audience choice award for best documentary, and quietly embark on a tour of niche Asian American film festivals, college campuses, and community centers, around the country. We’ve been celebrated by sold out audiences and humbled by audience sizes that counted on one hand. We’ve collaborated with Profowon to throw a footwork jam and workshop during “National B-Boy Week” in Los Angeles and screened in Kathmandu, Nepal. Along each stop we’ve accumulated fan after fan, some having waited for years to see this work, and others who had no idea and we snagged along the way.

“I feel like I just watched MY story in this film. I feel like these guys (the B-Boys in the film) are my family!”
– Popmaster Fabel 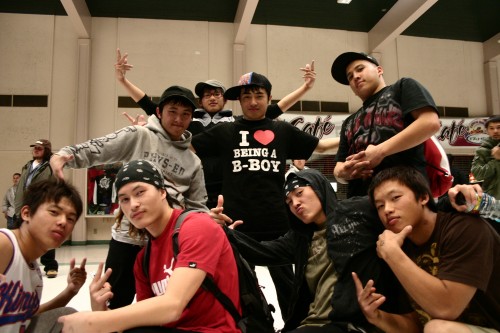 If you’ve never heard of who the Hmong in the U.S. are, they are an Asian ethnic group who have their own language, culture and customs, but are without a land to call their own. The Hmong community came as refugees, because of their involvement fighting for the C.I.A. in the Secret War in Laos and the Vietnam War. I learned about the story of Hmong B-Boys from college roommates who were from Fresno, CA, one of the largest Hmong communities in the country. I learned that they were part of the legacy of great 1990’s breaking scene that would produce innovators of many of the power moves and combinations we have today, that came out of the California Central Valley, guys like Charles Montgomery and Pablo Flores of Soul Control/Climax Crew. There were a lot, but the first generation mostly stopped. But the legacy of those early B-Boys extends to new generations of B-Boys and B-Girls, notably Villn and M-Pact of Underground Flow, B-Boy Sukie and the Soul Rivals in Tulsa, OK, and the generation following them, not depicted in the film, like the Looney Tunes Crew in Minnesota, and countless more. 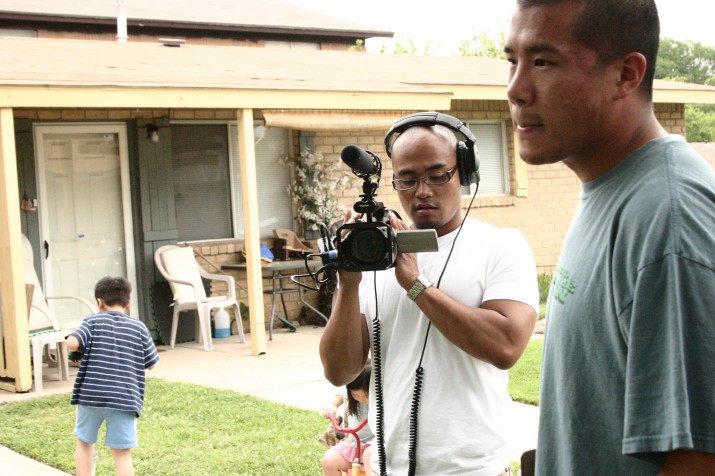 “In the 1990’s when I was a teen, the faces and races and diversity in Hip Hop were not what it is today, and back then I felt like you constantly had your motives questioned, being Asian American in Hip Hop.”

I wanted to share this story because I was hungry for stories about other Asian Americans like myself who loved participating in the elements of Hip Hop, and their stories. In the 1990’s when I was a teen, the faces and races and diversity in Hip Hop were not what it is today, and back then I felt like you constantly had your motives questioned, being Asian American in Hip Hop. 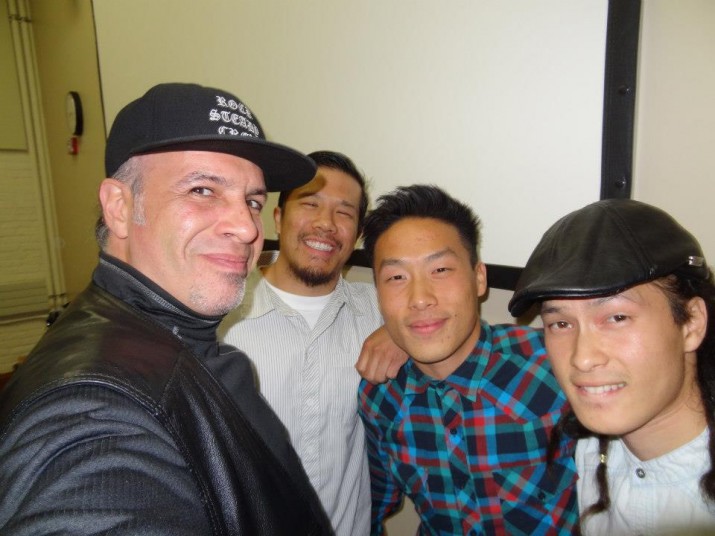 Today, it might be taken a little for granted. In searching for the answers to my personal questions, I think I found a story that is relatable and engaging, whether you are Hmong, B-Boy, or neither. Recently at the Breakin’ The Law Festival and World Finals in Madison, WI, the legendary Popmaster Fabel said of the film, “I feel like I just watched MY story in this film. I feel like these guys (the B-Boys in the film) are my family!”

If that wasn’t validation enough for this humble, independently produced film, after two years of promotions and screenings, our efforts have culminated in a distribution deal for Public Television (PBS + independent stations) in the month of May in celebration of Asian Pacific Heritage Month. What began as a five minute short film in 2004 created with a film fellowship with the Los Angeles organization Visual Communications, and shepherded along by San Francisco’s Center for Asian American Media has finally broken out for not only the Asian American and Hip Hop/Breaking communities, but to the entire U.S. While Fabel’s declaration might seem on the verge of exaggeration, it is these stories that strengthen our bonds as people and society. The B-Boys and B-Girls in my film, and those whom I have met along the way, they are family. 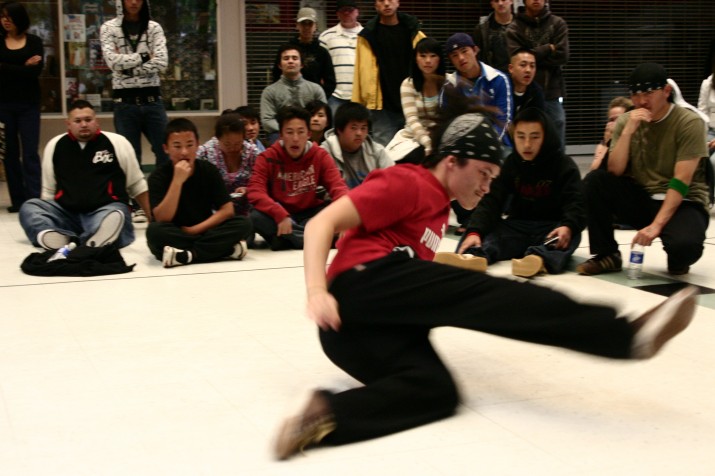 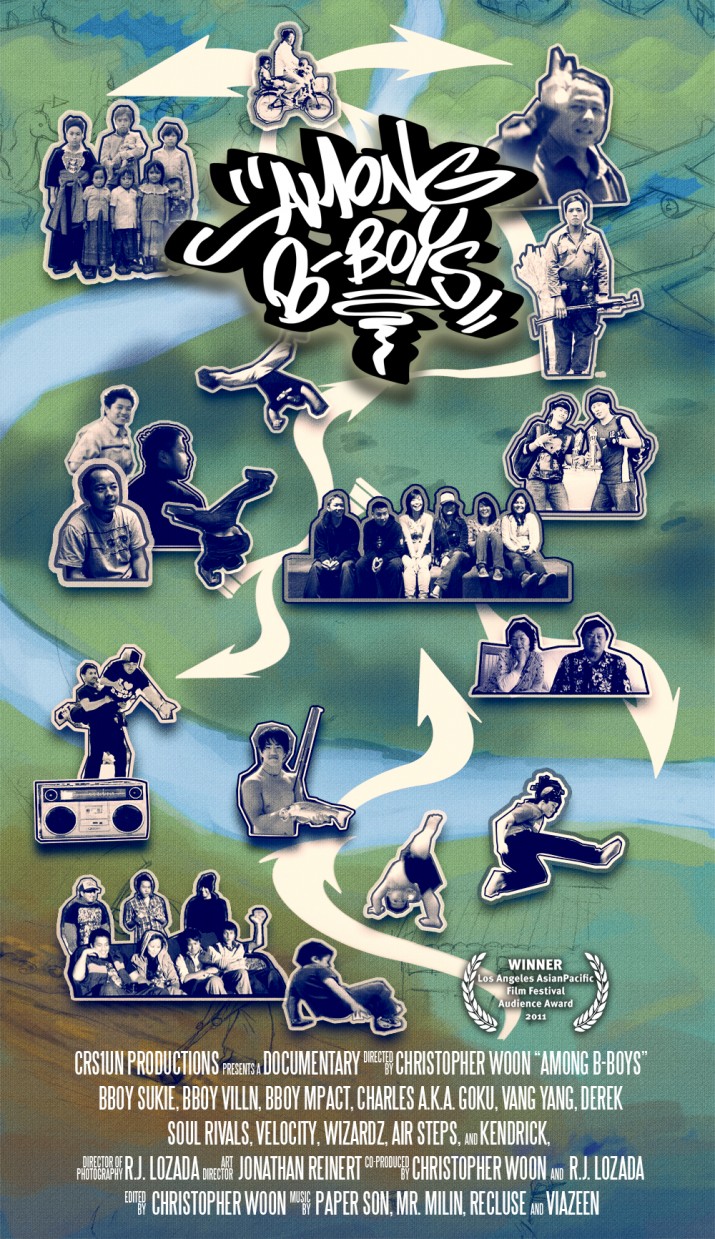