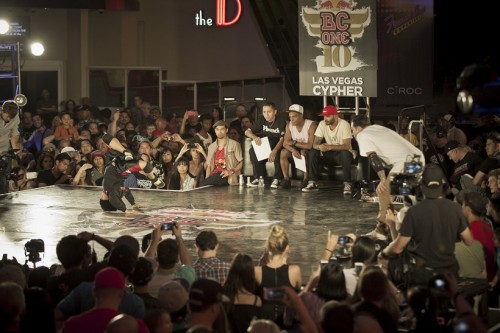 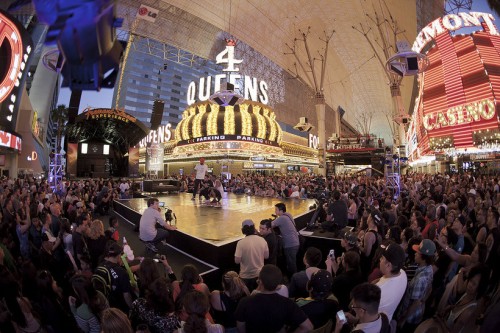 The Red Bull BC One Las Vegas Cypher Venue 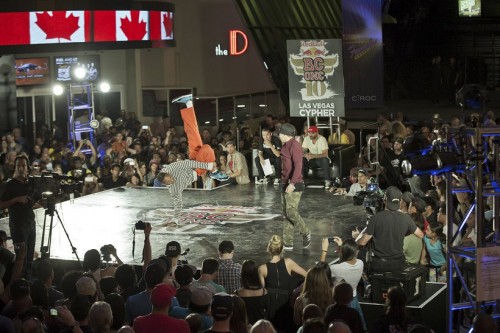 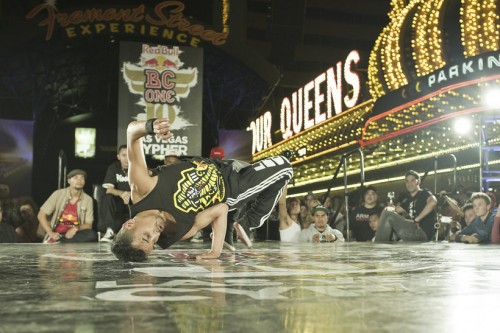 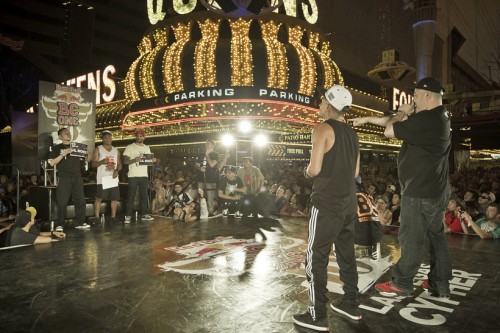 Sin City was set afire last night as the best b-boys from the West Coast went head to head in a fierce battle during the Red Bull BC One Cypher under the lighted canopy at the Fremont Street Experience in downtown Las Vegas. The open-air location allowed more than 2,000 spectators to be treated to a night of intense battles, and ultimately, the Red Bull BC One judges Neguin (Red Bull BC One All Star), Teknyc (Skill Methodz Crew) and Floor Rock (Rock Skittles) crowned Lil Rock as the Las Vegas regional champion.

After besting 15 other prominent West Coast b-boys in Las Vegas, Lil Rock will now advance to compete in the U.S. National Finals in Houston on August 17th and battle his way to the top for the chance to represent America in the Red Bull BC One World Championship event in Seoul, South Korea this November. Hailing from Orange County, Calif., Lil Rock (Killafornia Crew) boasts accomplishments including five championship titles from Freestyle Session and a pro-am championship title. Lil Rock wowed the audience and judges throughout the night with his original and explosive signature moves including the head lotus wave and Aladdin freeze.

“I’m humbled by the title the judges have given me,” said Lil Rock. “I honestly did not expect to win. I went into this competition with hard training and a strong focus on being the best that I can. I am looking forward to being a part of the Red Bull BC One program and continue to introduce the b-boy culture to the world.”

“Lil Rock is definitely the right winner for this cypher,” said Tecnyc, one of three judges. “This event was definitely history in the making. As a Vegas native, I want to work towards building our city to become the b-boy capital. All in all, Red Bull was able to make our dream into a reality,” said Ronnie, a Red Bull BC One world champion (2007) and All Star. “Seeing what he accomplished today was inspiring for all of us. He brought his personality, musicality, originality and execution. He was calm, collected and phased the components with respect.He definitely represents what this dance culture is about and pushes the envelope to the next level. I can’t wait to see him in Houston and hopefully proceed to the World Final.”

Now in its 10th year, Red Bull BC One has earned the reputation as a showcase for the world’s best b-boys. While many competitions focus on crew battles, Red Bull BC One’s one-on-one, single elimination battle format focuses on talents and strength of the individual dancer. Judges score the b-boys on their battle strategy, power moves, dance foundation, fresh routine, and overall style. More than 60 cyphers will be held around the world, with 16 b-boys advancing to Seoul, making this a true world championship.

Visit redbullbcone.com to learn more about the events, All-Star dancers and to watch past battles. 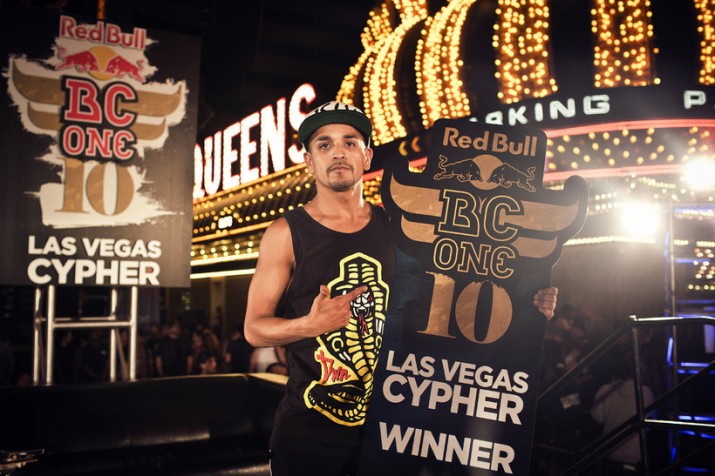