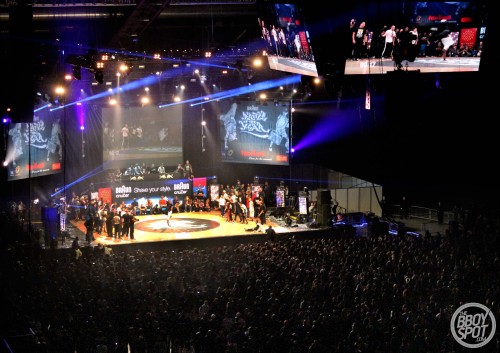 The weekend of November 17 was all about the Battle of the Year finals. After the first 20 years in Germany, and the previous two editions in France, this was the last time BOTY finals took place in Montpellier, France.

The weekend started with the solo and We B*Girlz battles that went down on Friday night.

Sold Out Arena with 12000 visitors

Finals took place between Dutch Niek, who was getting better with execution from battle to battle, and Mexican power head Hill. Finally, Niek took it and became the 2012 Battle of the Year Solo Champion! 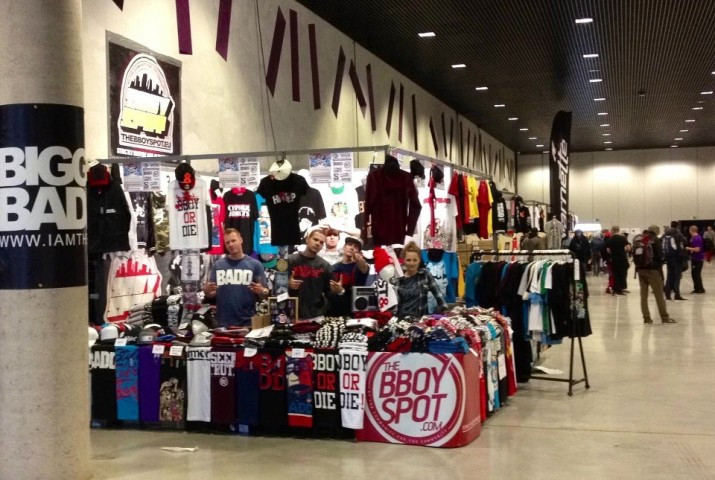 We B*Girlz battle was dominated by the nasty Japanese duo Nagi & Nao. In the semifinals, they took out Roxy & J-Kay from UK with their crazy individual skills

and dope routines. The second semifinal was taken by the Spanish/French duo Jess & Marion le Dref  that beat bgirls Nadeen & Rebel-K from Switzerland. In the finals, Japanese bgirls came on top and won the We B*Girlz title for 2012.

Saturday was the big day! 12000 visitors from all over the world came to witness 19 crews to battle for the number one crew & the best show. This year, judges Roxrite, Storm, Wing, Lamine, and Niek were supposed to pick 6 crews to advance to battles as opposed to traditional 4 crews. This way, crews with not the best show could still win the title.

Watch the Battle of the Year 2012 Recap by Redbull (edited by MinibojKilla): 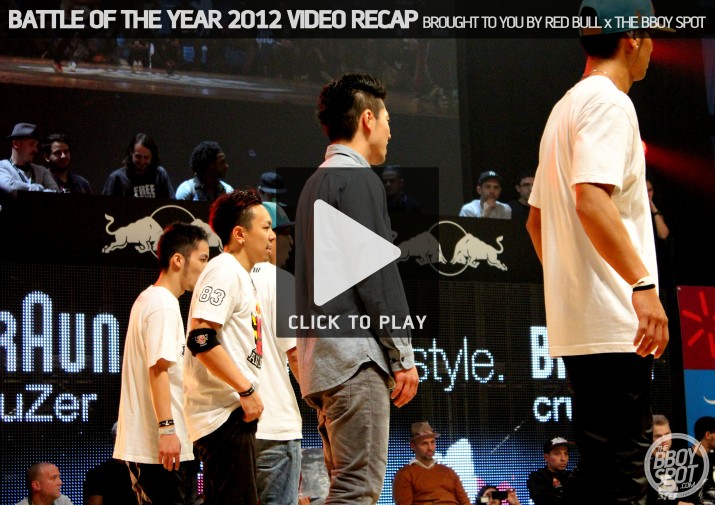 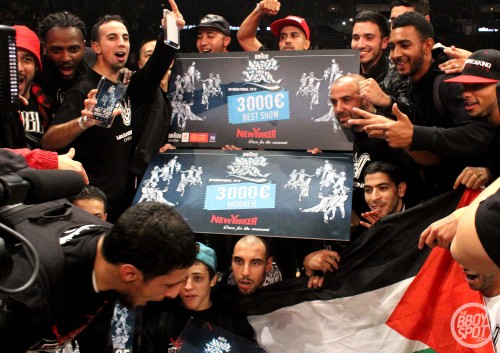 Vaganbonds – Battle of the Year 2012 Champions

Two crews with the best show, Japanese Flooriorz and French Vagabonds made it automatically to the semifinals.  Four other crews had to battle for the two remaining spots in the semis. In the first battle, Korean Morning of Owl beat Taiwanese Formosa. In the second battle, Italian De Klan lost in the controversial battle against the Pockemon crew from France. In the French semifinal, defending champions Vagabonds came on top of the Pockemon and in the Asian semis, Flooriorz beat the Koreans. The final battle between Japan & France was taken by the Vagabonds, who thus won the Battle of the Year title second year in a row. On top of it, they won the best show as well. Congrats!

After three years in France, the oldest bboy event is coming back home and the 2014 Battle of the Years finals will go down in Braunschweig, Germany.

Special shout out to Thomas and his BOTY team for holding it down for the last 23 years.