Bboy Celebration over War in Ukraine

Probably, many of you have been following the news about Ukraine recently. Bloody conflict between Ukraine and Pro Russian rebels had a major impact within the country and the bboy scene itself. You may even know some bboys or bgirls from Ukraine and wonder what is really going on and how safe it is over there now or in the upcoming future.

We spent a few days with Intact, who visited us in Prague, just before the peace agreements were taking place. To keep updated, we called him on Skype last night, to see if anything has changed since his visit.

Donetsk Airport during the heavy fights

The war conflict started as a result of revolution that took place in major cities around Ukraine in the spring of 2014. Some parts of Ukraine became a part of Russia Federation, such as Crimea region, including Yalta where Yalta Summer Jam takes place, others were trying to get separated and join Russia. And that is when Ukraine got the army together to prevent such split of areas like the one around Donetsk, with infamous endless fights at the Donetsk Airport.

Lot of bboys and their families in this area suffered and had to move to other safer spots around the country. For example, Tatanaka crew and some of its members moved to Kiev. South east of Ukraine simply became the war zone. 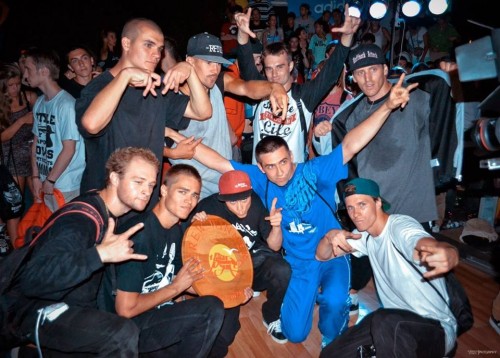 As a result of increasing need for soldiers, Ukraine started major military recruitment. Intact and Sley from Ruffneck Attack, received such invitation letter.

When Andrei (Intact) visited us in Prague, he was afraid about canceling the Ruffneck Attack crew 15th year anniversary that the crew planned to organize for the weekend of April 25. Not even talking about him joining the army once he would return back home from travels. Fortunately, the situation changed. Even though, it is hard to talk about peace in the eastern regions of Ukraine right now, as there are still some local incidents in Donetsk area, but for now the military recruitment is not so stressed as it was before and government have not accepted any laws that would limit the freedom of young men. 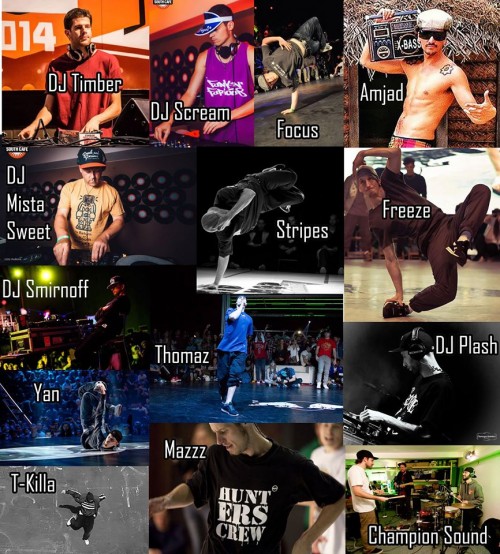 What’s the future? Nobody really knows. Despite the problems in the country, Ruffneck Attack family is still doing their thing and the celebration of the Ruffneck Attack’s 15 years anniversary will take place from April 24-26 in Kiev.

When we asked Intact about the safety in Kiev, he responded: “There is no danger in Kiev, no bullshit like one year ago, no terrorist action, no war actions, the city is peaceful and people just keep on doing their things. There are lot of tourists in the city, visiting beautiful sites of Kiev and also places of the last year revolution.” The local currency depreciated a lot and so the jam will cost something like 4 euros and basically everything in Ukraine is cheap for international visitors.

There are very few jams that do not focus on competition, but rather vibe and get together. And this is what the Ruffneck Attack 15th year anniversary will be all about.

Parties, cyphers, 4vs4 and 1vs1 footwork battles, special guests Champion Sound, DJ Timber, Plash, Scream, Smirnoff, Mista Sweet, Focus, Stripes, Freeze, Poe One, T-Killa, Yan, Mazzz, Thomaz, Amjad, just to name a few guests, will bring the heat and that party vibe everyone is looking for. As a add on, the celebration will be topped with the Red Bull BC One Ukraine cypher on Sunday, April 26. 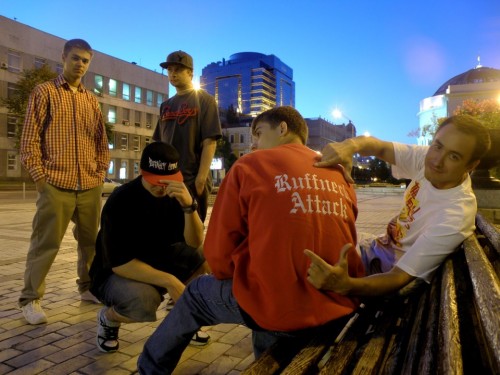 Intact put together five reason why people should visit the anniversary jam:

1) This is 15 years of Ukrainian Breaking history, a period of pioneers and new achievements that undeniably influenced the development of the Ukrainian scene at the global level!

2) This is a jam, which in the first place cares about the comfort of all guests (dancers), the jam is for you – the maximum quality in the DJ line up, a lot of guests who know how to dance in circles, live music by guests from the Czech Republic, good venue and sound!

3) Preparty and afterparty, which is a very important part of the hip hop jam and the social dimension of culture! 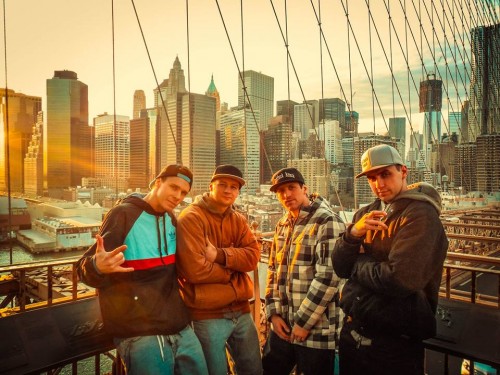 4) Jams began to turn into sports and lose their soul! This jam still saves energy and soul, we collect all the experience of 15th years in order to create the desired vibration! We should support such jams, until they stop to exist, because it is you, who decides what jams remain and grow!

5) Hip hop does not depend on policies and provocative statements, hip-hop has always been a revolution and opposition to the system! And now is the time when we need the support of each of you to create the necessary atmosphere and hold this hip hop event!

And another small reason – This jam takes place only once in five years!

With all the respect, we are glad to see that even despite difficult problems in the country, bboy spirit is much alive in Ukraine. This is the time to support, come together and unite as one nation, show the world what Hip Hop stands for. Congratulations to Ruffneck Attack and their 15 years and may you keep going for at least another 15 years, inspiring the world! 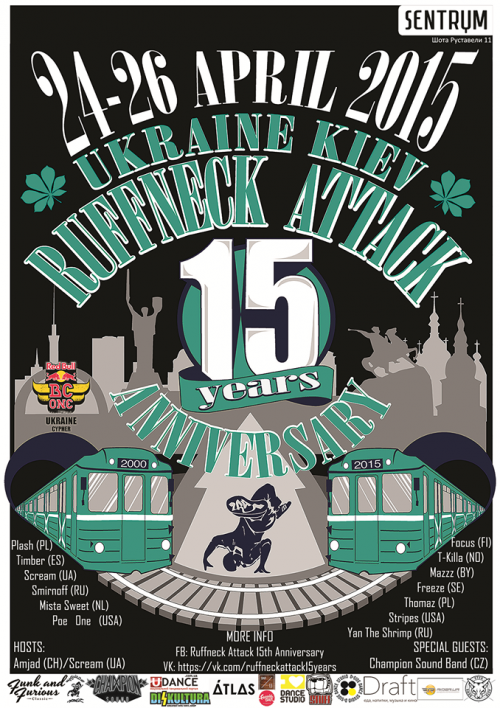