This past weekend I went back to the event that started so much for me in so many ways. My 1st out of state jam, my 1st time entering a competition and my 1st time meeting kids that would go on to become friends till this day(15 years later). The event? Bboy City. After a 3 year hiatus Bboy City returned with a bang. Now part of the Pro Breaking Tour, Bboy City became the 28th official stop of the tour and 1st ever PBT event in Austin Texas. Some of the faces may be different, some of the crews may be new but the Bboy City tradition remains. Romeo Navarro(founder) as well as Buck Roger are both still on the mic as only they can, crews like HaviKORO, Grimeez, Alien Squad, Masters of Mayhem, Jive Turkeys and other iconic individuals/crews still come together to celebrate Texas most historic breaking event.

I got to the venue early to help with the set up only to see that Romeo and his staff had it all on lock. The venue was located in downtown Austin TX. minutes away from the world famous 6th street. The venue was a club so it had everything needed to create a great vibe. Being Halloween weekend, the decorations made it look even doper. I happen to notice bboys waiting in line 2 hours before doors opened! All in all it was set for a great weekend. 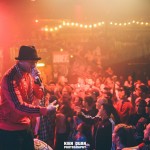 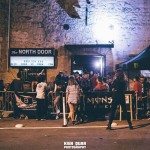 As the doors opened, DJ’s Boogie Beats, Silent Rob, Element, Wicket and Bles One(another Bboy City icon) set off the dope vibe. The cyphers quickly started flowing. I recall Romeo saying on the mic that he counted 7 cyphers going on at once. When you get that many cyphers, you know something right is going down. As more bboys started to arrive, so did many familiar faces. Bboys like Omar, Mondo, Chilly Dog, Marlon, Jesse, Nat, and all few more. All Bboy City originals. Bboys that have been there since day one. Bboy City felt like a big family reunion.

As tradition has it, the event was a crew vs crew unlimited members per crew battle. You had some crews with 5 bboys/bgirls, you had some crews with 15 members. The line up of crews included bboys from all over the world. You had your world famous crews like HaviKORO and MZK Lifestyle. You also had crews like Middle Beast Crew who made it out all the way from Jordan. The venue was on point, the music was on point, the vibe was on point and the crews were on point. Bboy City was going to be off the chain. 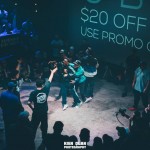 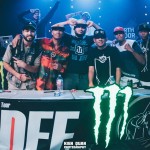 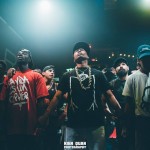 COMPETITION:
Thanks to the support from the Pro Breaking Tour, Bboy City gave out its biggest cast prize ever. $7,000 in cash to be awarded to the competitors. 1st place took $4,000 – 2nd place took $2,000 with and 3rd/4th taking $500.00 respectivily. With that kind of cash + talent at the event, you knew the judges wouldn’t have it easy. The 5 judges assigned with the responsibility? Zeshen(HK – Footwork Fanatix) Mig187(Knucklehead Zoo) – Flo Master(Footwork Fanatix) – Wicket( Renegade Rockers) and Mondo Grimeez.

20+ crews entered the battles but we are going to take it straight to the meat and potatoes or in this case, the TX BBQ. The top 8.

HaviKORO vs Gravedad Zero
For years Gravedad Zero(Mexico) have been supporting Bboy City. For years they’ve been looking for that infamous signature win vs a top crew. They came very close to it but lost by 1 vote. HaviKORO advances.

Shun Murda vs The Brothers
Can we call this one the upset of the event? homies from different states teaming up to take on one of TX’s best up and coming crews. Lets check this one out:

MZK & FAM vs Middle Beast Crew
The worldwide crew vs the crew from the middle east. A dope battle of different styles. In the end, MZK & Fam takes it.

RAD Crew vs Hazardous Zombies
Another super dope battle featuring two of the best young crews in Texas. They went blow for blow on this one. RAD Crew takes it in the end.

HaviKORO vs Shun Murda
The O.G’s vs the young guns. The vets vs the hungry. Another very close battle decided by 1 vote. HaviKORO takes it.

MZK & FAM vs RAD Crew
You can say this battle was crew vs crew. A few of the RAD crew members also rep MZK. No losers in this one. RAD crew takes it.

THE FINALS
No words, just watch:

Congrats to the Texas Kings HaviKORO(along with Keebz, Milky, and Chacha) on a great victory! 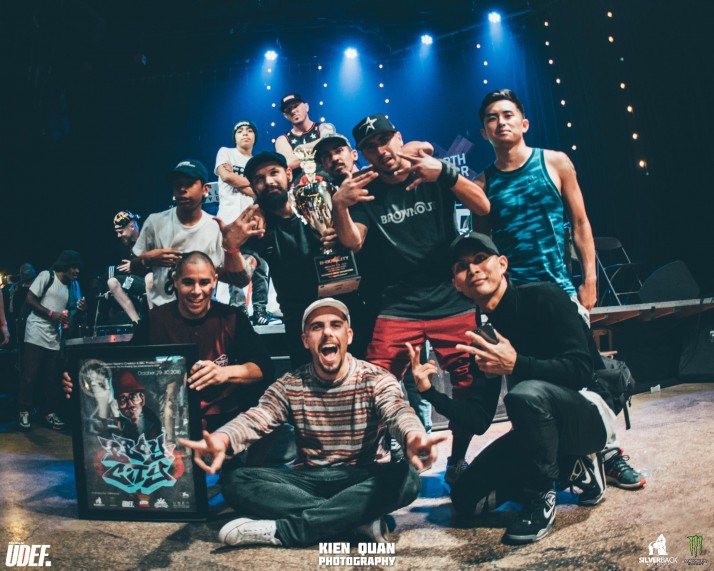 For all Bboy City pictures by Kien Quan: CLICK HERE

Shout outs to Romeo and Roger on another great event! 15 years since my 1st one. Bboy City still holds a special place in my break life and always will. Thank you guys for everything!

Next up on the PBT schedule: I MUST BREAK YOU