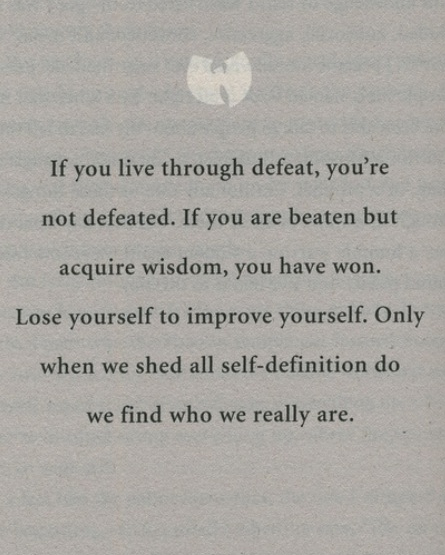 If you’ve been to The Spot or have seen any of our Strife TV ‘Cribs’ videos on Youtube, you may have noticed the pretty massive hip hop related book collection that we have on display in the ‘lounge’ area. We LOVE books, and one of my favorites is Tao Of Wu, which was written by the RZA in 2009. I’ve known of this book for years, and although I’ve skimmed through it numerous times at the bookstore, I never bothered to pick it up and read it in it’s entirety until a few months ago….and I’m glad I did. RZA has always been my favorite WuTang member, and he definitely ranks among my top 5 favorite MC’s period (..but that’s a whole other blog post, coming soon!), so it was dope to read his insightful take on life and the world in general.

The book provides a quick, in depth look into the philosophies behind RZA’s formation of WuTang as well as his way of life in a way that is entertaining, thought provoking, and enlightening. He does an amazing job of simultaneously introducing Taoism, along with principles of Confucianism, Nation of Gods and Earths, Christianity, Islam, Hinduism, Buddhism, and many other belief systems. He goes on to explain how he incorporates teachings from these belief systems into his own life, and provides examples of how he has used them to empower himself and make his life better. Definitely a dope, quick, and inspiring read that we recommend checking out!