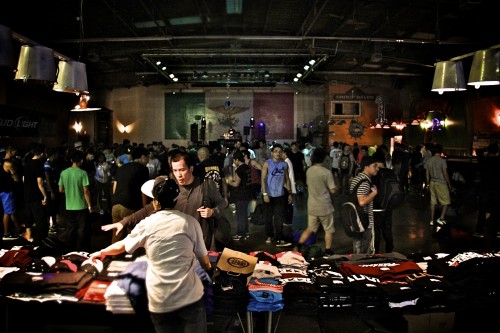 Now that Break Free is officially over and I’ve managed to get some rest from the crazy weekend, it’s time to bring you all the recap of what Break Free 2012 was all about. For starters, if you didn’t go or have never attended, you are missing out! In just 4 years, Break Free has become the best and probably biggest bboy event in Texas.

The weekend began with Cypher Adikts Houston edition. This was now my fourth Cypher Adikts jam, in the fourth different state I’ve attended them in so I knew what to expect. As soon as the doors opened, it was on. The vibe, music, and bboys where all there to make it another great one. A few dope cyphers featuring some world class bboys broke out. Rainen, FlowMaster, Keebz, Palmer, and many others ran the cyphers all night. For the most part, like all other Cypher Adikts jams I’ve attended, the vibe was really dope but it seemed as if a few young bboys didn’t understand the philosophy or mentality of “Cypher Adikts”. As the night went on, a few of them went off to the side and started “practicing”; SOMETHING YOU SHOULD NEVER DO AT ANY JAM! For any up and coming bboy reading this, PLEASE, DO NOT PRACTICE AT JAMS, PRACTICE AT HOME. Over all, everyone in Houston seem to really enjoy the event and it was a great thing for the young up and coming Texas bboys to experience an event like Cypher Adikts. 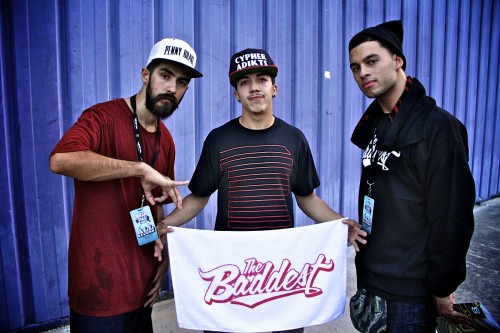 Day two was the first official day of BREAK FREE. This seemed to be, by far, the biggest turn out I’ve ever seen at Break Free in the four years we’ve attended. The venue is pretty big, and this year it was packed! For the most part, the jam carried a dope vibe– dimmed down lights, DJ’s killing it, and many dope bboys doing their thing. The talent was probably the best it’s ever been. 2010 champs El Nino and Thesis came out to rep, The Squadron was represented by Keebz and Nasty Ray, HaviKORO was in full effect, Domkey and Gravity teamed up to form a crazy team, and a few oversees teams came out to rep as well.

The highlight of the night had to be 7 to SMOKE…..IT WAS FIRE! The 7 to Smoke lineup consisted of P-Nut, Domkey, Gravity, Keebz, Jeremy, Nasty Ray, Prada-G, and defending champ El Nino. All night everyone was killing it! It finally came down to the end with Domkey having 5 wins facing Keebz with 4 wins. If Domkey were to win, he would have had to face El Nino who had 6 wins making it the final battle. Keebz came with it and defeated Domkey, giving him 5 wins, but next came El Nino with 6 wins– so if he won, it was over. Keebz was given the win putting him at 6 wins! Next up it was Prada-G, if Keebz won it he would win the battle but you can tell he was dead tired. Prada-G brought it hard, but Keebz founded within himself to pull out a crazy round and was awarded the victory making him the new BREAK FREE 2012 7 to Smoke champion.

DAY 3 of the weekend started out horribly, as we drove to the venue with the directions the GPS gave us, we ended up in the other side of town!!!! lol. We went from being next to the venue to 30 minutes away. Keebz and I started arguing about who’s Iphone was right and who’s was wrong….haha. Finally got to the venue and set up. Soon after, doors open and the final day of Break Free 2012 weekend was going down. With some incredible talent in the house, this night was all about the 2 vs 2’s. 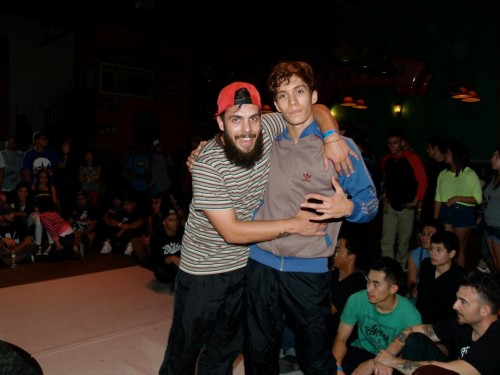 Upset at the decision, Jeremy and Palmer decided to call out the 2 judges who voted against them– Rainen and FloMaster. When the battle started, everyone assumed maybe 3-4 rounds each and it was done. NO, this battle lasted forever! 10 minutes turned into 20, then 30, and probably hit near the 40 minute mark of raw, straight up bboying. FloMaster and Jeremy of HaviKORO seemed like they could have gone at it for another hour. Finally, FloMaster and Rainen decided to to stop and walk out of the cypher. The battle will go down as a historic battle. It will be spoken of for years to come. Congrats to all of them for making history.

The final battle finally took place and El Nino & Thesis where awarded the 2012 Break Free Champions!
This is now the 2nd time they won the event, and 3rd year in a row they make it to the finals.

Congrats to Moy, Adrian, Rob and the rest of the BREAK FREE TEAM for making it a great weekend.
So many great memories with many great friends. Cant wait for the next one!!

Thank you to everyone who came by and supported at the booth, Texas, we love you.