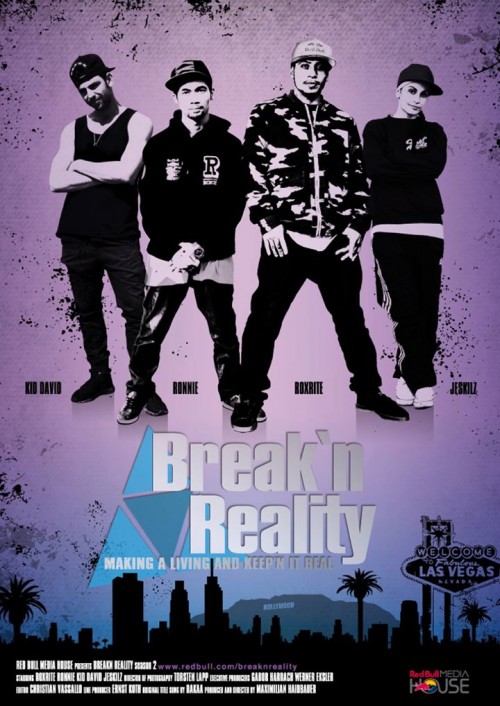 Rox Rite – The Professional.
Determined to become one of the greatest bboys to have ever lived. Rox looks at our community as the staple to get it done. Traveling the world on a weekly basis, Rox judges, teaches and competes as he continues to engrave his mark in breakin history.

Kid David – The Star
At the tender age of 17, The Kid traveled the world and back. In 2007, Kid took the world by storm winning many of the biggest competitions in the world. Now in his early 20s, The Kid has set out to become “The Star” as he works hard to become a respected and highly demanded dancer in the Hollywood industry.

Ronnie – The Entertainer
The most capped bboy to ever participate at Red Bull BC One (and 2007 winner), Ronnie’s world changed when Super Crew won America’s Best Dance Crew Season 2. With his MTV success, the gigs started coming and Ronnie stepped it up a notch by becoming a full time member of the world famous Jabbawockeez. Now as a BC One All-Star, Ronnie seeks to reclaim his throne and again become a force in the breakin community.

Jeskilz – The Promoter
World renowned bgirl Jeskilz seeks to leave a new mark in the breakin community with her Cypher Adikts events. A breakin jam that focuses on the good times and vibes which often are no longer represented at some of the biggest events in the world. In a male dominated community, she is on a mission to prove the girls can get the job done.

Note: Red Bull, PLEASE STOP USING THE WORD “BREAKDANCING” on all things Breakin related. For a company that is so involved in our community for 10+ years, you know we hate that name and should let your team know, IT’S BREAKIN NOT “BREAKDANCING”.