To raise awareness about our culture and show the public that Hip Hop is not limited to 50 Cent, shiny jewelry, and objectifying women, we decided to organize a bunch of Hip Hop events in shopping malls throughout Slovakia called BREAKIN’ TOUR. 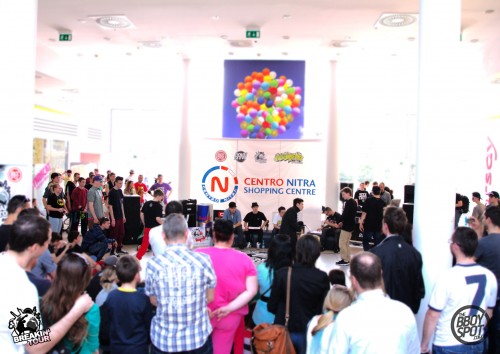 The jam will take place in different cities around Slovakia to bring new kids in this culture and inspire cats that don’t really travel outside their city.  Competing bboys and bgirls that make it to top 8 will earn points in each edition.

After all the preliminary rounds in different cities, the best eight crews with the highest score will battle invited international crews for the ultimate title of BREAKIN’ TOUR 2013 champs at the end of the year. 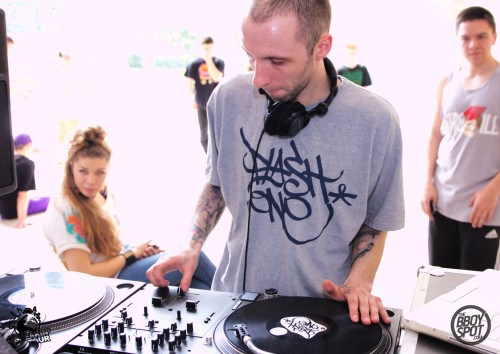 We organized the first edition of BREAKIN’ TOUR this past Saturday at the OC Centro mall in Nitra, Slovakia. Even though the jam took place in the mall, the vibe was dope topped with fresh breakbeats cut by DJ Plash from Poland.

The audience, who probably perceived Hip Hop kids as drunk, always high with no contribution to society, suddenly admired the art of bboys and bgirls on the dance floor.

Seeing the family atmosphere and brotherhood outside of battles, some people realized that breakin’ is more than just a dance. It is a culture with its unique dress code, postures, gestures, characters.  Each One. Teach One. 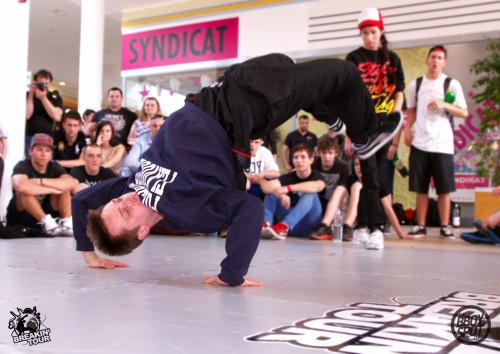 Bboys and bgirls from Poland and Slovakia battled to get into the top 8, getting them first points of the tour. The final battle took between Don Tias & Meme (Stred crew / Slovakia) and Greku & Zofia (Lion Kingz / Poland). The Polish duo finally won in a very close battle. 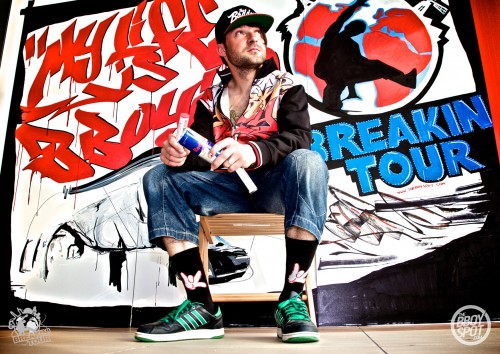 As a part of the BREAKIN’ TOUR, we organized the third round of BRKN International – Slovakia. You can see the results and the video recap from the entire jam in the following Redbull video by Miniboj. 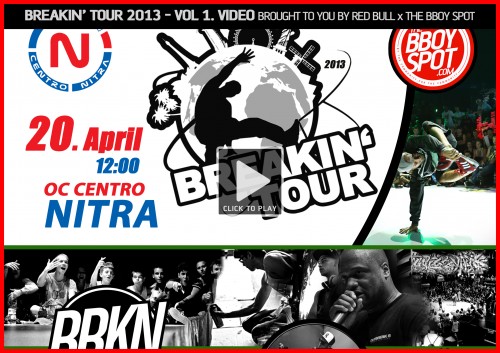 We are already looking forward to the second round of BREAKIN’ TOUR and 4th round of BRKN International- Slovakia that will take place on May 25, in Zilina, Slovakia. See you there!