Catch the Flava Brings the Knowledge

Back in 2011, Cetowy and his crew, Polskee Flavour, approached me with the idea to organize an international bboy camp in cooperation with the Outbreak Europe festival for the purpose of passing and sharing knowledge with upcoming bboys and the new generation. 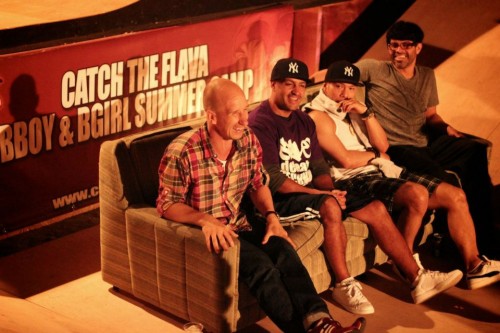 One year later, that dream came true and we as the Bboy Spot joined with the Polskee Flavour crew to bring the first ever international edition of Catch the Flava Summer Camp.

We received support from bboys and bgirls representing 21 countries from all the world’s continents, bringing that Hip Hop diversity while still sharing the same mindset.

We realized that the idea worked extremely well and teachers like Ken Swift, Freeze, Ivan, and Kazuhiro enjoyed spreading their knowledge with the “young guns”. 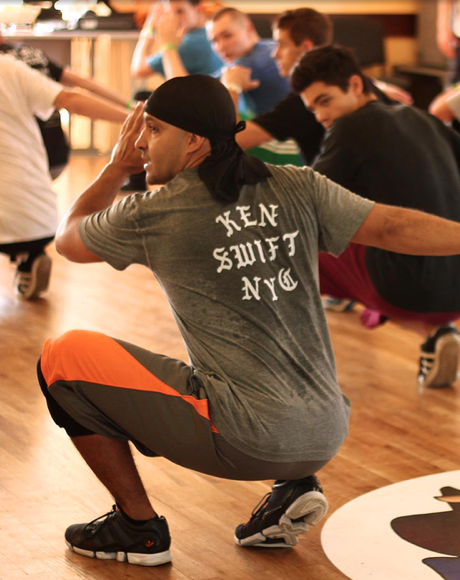 At the other hand, students had a great time learning and making new friends from around the world.

Bringing together passion for the dance and the Hip Hop culture as a whole with people that share the same values is the foundation of Catch the Flava.

Besides the bboy activities like workshops, discussions, cyphers, and jams, we’ve added fun activities like barbecues, swimming, parties, and sightseeing to emphasize the family vibe that the camp encompasses.

International friendships and educated bboys and bgirls were just some of the outcomes of the first international Catch the Flava.

We are glad to see CTF students spreading what they learn among others. That is the future and the only way that we can grow as a community.

The first year definitely inspired us and pushed us to pursue the mission of the great visionary Cetowy and his crew.

After Cetowy’s recent accident in February, we realized that we need to carry on and decided to work even harder for this year’s edition and dedicate it all to our homie’s quick recovery. 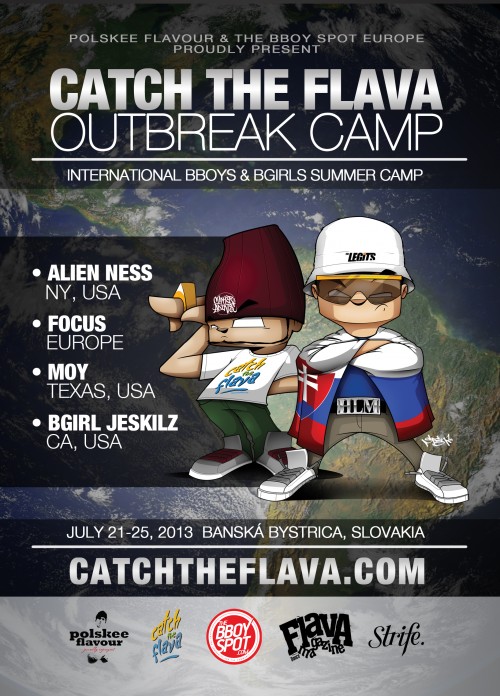 With the crazy line up of events like Hasta La Muerte 5th Anniversary, Cypher Adikts Europe, Outbreak Europe, and Rep Your Country, Catch the Flava will set it all off on July 21 in Banska Bystrica, Slovakia.

This year’s teachers, Alien Ness, Moy, Focus, and Jeskilz will get to vibe with the students, teaching, and learning from each other for the entire week.

This year, we are looking forward to seeing hip hop heads from places like South America, Asia, and Middle East, proving that Hip Hop is present at all the world’s corners, serving as medication for the society, emphasizing peace, love, unity, and having fun!

Let’s have some fun this summer!