Clip of the day: Education of Sonny Carson

The Education of Sonny Carson is a 1974 film based on a best selling autobiography from the same name. Now before we get into why we think this movie is worthy of our clip of the day…let’s get some into some history. Sonny Carson was a man who went through gang life and turmoil as a youth in the streets of Brooklyn. After doing time in prison and seeing his girlfriend get addicted to heroin, he basically changed his life around and became an activist and community leader in Brooklyn. He is also the father of Professor X, a founding member of the group X-Clan.

The reason we were first turned on to this movie was because of its origins to Ghostface Killah’s: IRONMAN album. Many of the movie skits you hear in the album are from this movie. From the 2 kids talking about how much time they got in jail —“What they give you blood?” to the infamous — “I’ll put trademarks around yo’ f**king eye!” The skits were perfect for the album and are probably some of the most memorable skits from any wu members album. 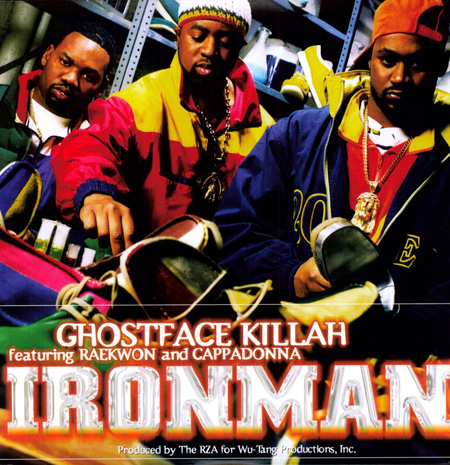 The movie has a strong message and if you have some time we suggest you check it out. Peep the trailer for the movie and pay attention to about 0:38 to hear what we mean.