Our great friend Yorick, founder of Culture Shock, Soul Food Clothing, and official representative of The Bboy Spot in Asia, has been organizing the Culture Shock jam in Taipei, Taiwan since 2009. Within just a few years, it has quickly become one of Asia’s premiere bboy events drawing spectators and competitors from all over the world. This year, him and his team are organizing the first official Culture Shock Hip Hop Week going down February 13th-17th in Taipei.  It’s going to be jam packed with dope events all week long, including Biggest & Baddest’s 5 Year Anniversary party, Freestyle Session Taiwan, Cypher Adikts Taiwan, Culture Shock Vol 4, Bboy In Shanghai, and so much more!

If you’ve been wanting to travel overseas to experience something new and dope, we definitely suggest making plans to be in Tapei in February! For more information, and to stay updated as the details come together, make sure to ‘Like’ Culture Shock on Facebook and check out the official event page. Hope to see you there! 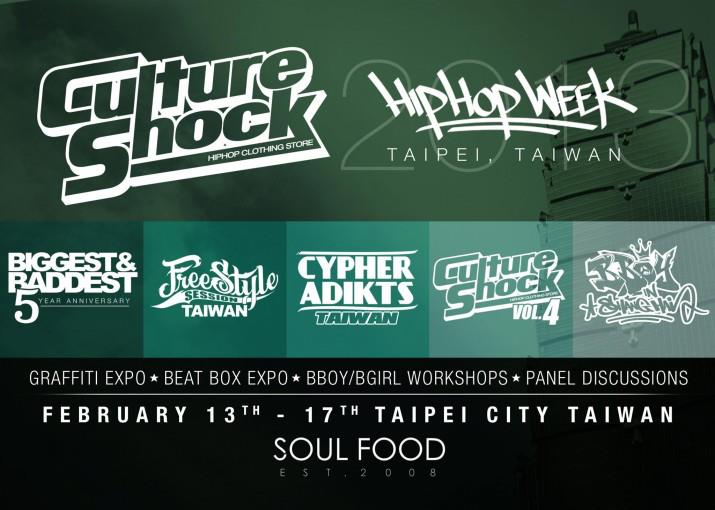