What a weekend that was! Bratislava, Slovakia was the place to be from October 25, featuring four days of Hip Hop holidays. 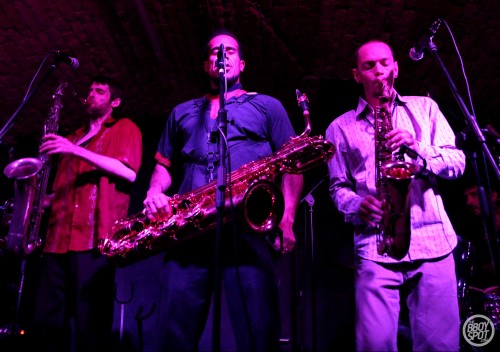 Souljazz Orchestra, a jazz band from Canada, set it off with the concert on Thursday night. DJ line up with Renegade (UK), Ervin Arana (USA), and Woo-D (SLO) promised a dope weekend with good quality music.

Friday night was all about the Cypher Adikts, which its founder, Jeskilz, brought to Europe for the first time.

Over 220 bboys and bgirls from all of Europe came hungry to represent. Dancers perfectly used up the space at the Nu Spirit club. At one point, six cyphers were going down at the Bratislava’s funkiest club. 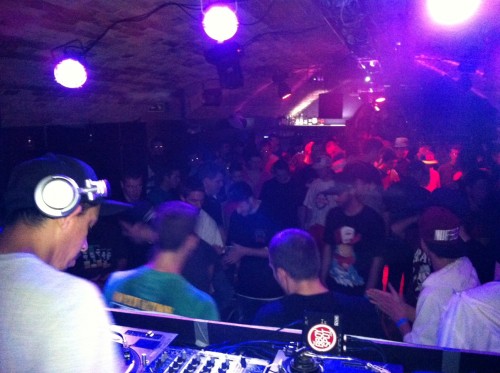 Friendly cyphers were mixed up with the battle ones. As Jeskilz said, “This one (Cypher Adikts) went down in a real club, which was what Ervin always envisioned, so the set up and vibe was perfect. Everyone had the right mentality, so the party stayed hype the entire time. There was lot of positive energy. People didn’t act mean and ruff but when they got down, it was raw. I was impressed by the level of skills. We are very grateful and honored to see people coming from so far away just to hit up Cypher Adikts.” 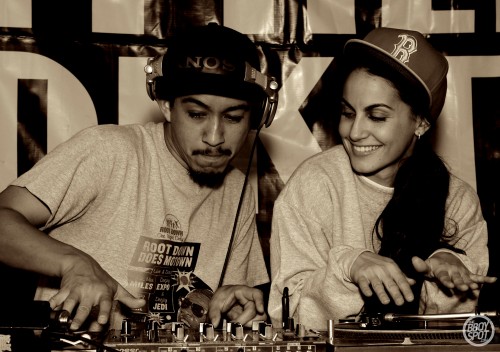 Cypher Adikts smoothly turned into a preparty, with beatmakers battles going down at one of the club’s rooms.

Based on positive feedback by the community, we may see Cypher Adikts back in Europe pretty soon!

Cypher Adikts Europe feature video will be soon posted via Cypher Adikts channels.  For now, you can enjoy Redbull trailer video from the weekend put together by Miniboj of Hasta La Muerte. 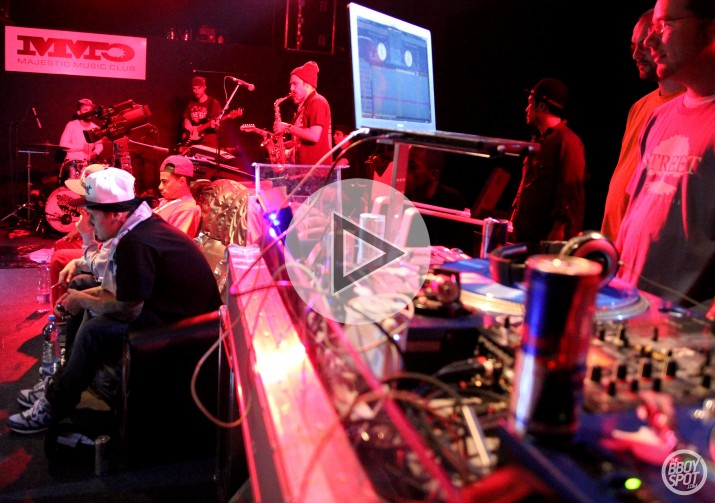 Check out the video recap from Cypher Adikts Europe & Dance Factor 2012 by clicking on the picture!

Saturday was highlighted with Dance Factor 3 on 3 battles, featuring Jeskilz, Kid Glyde, and Blanka as judges and Lil Pablo with Osto on the mike. Funky band Champion Sound rocked it for all the prelims battles. 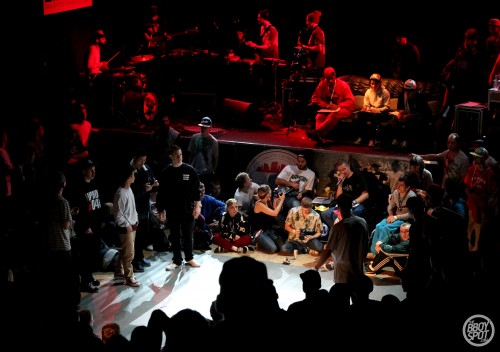 Over 50 crews entered the battles with mostly Eastern Europe crews representing. Finals took place between Ukrainians Magic Front of Tazzmanio, Apache, and Lussy Sky (finalist of Outbreak 8 footwork battle) and Soul Manouvers (UK/Holland/Denmark) of Manny, Duzk, and Tonuki. Ukraine finally took the final battle, proving that this Eastern European country is really on the top of the game recently.

The bboy weekend was wrapped up with Kid Glyde and Blanka’s workshops on Sunday. 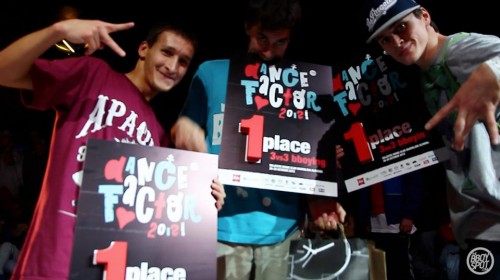 It was definitely a great weekend and thanks to Cypher Adikts team Jeskilz and DJ Ervin Arana for bringing CA to Europe and to DJ Piggo for the Dance Factor jam.  Many thanks to everyone who came to support! Special shout out to Tazzmanio and South Bboys Front for bringing the bus with Ukraine bboys & bgirls. These guys don’t mind to travel days to get down. Much respect! Peace.