FENOMS: MUSIC FROM WITHIN OUR CULTURE

With all the talk about the direction of music in our scene, we want to introduce to you a new group called Fenoms that is creating quality music from within our culture. 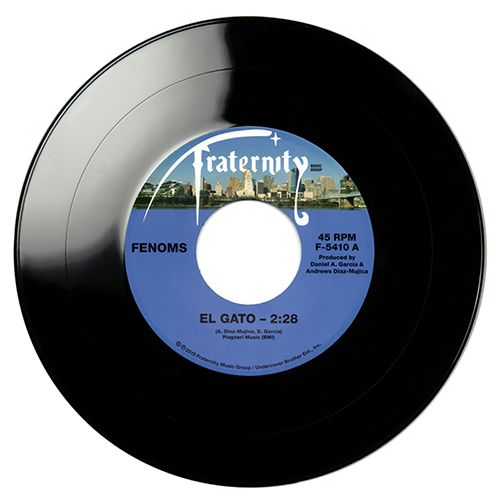 Fenoms is a duo composed of Daniel “Felix” Garcia (drummer of South Florida Funk band FUSIK) and Andrews “Nonms” Mujica (percussionist and drummer of Miami’s own Hip Hop group ¡Mayday!). Felix and Nonms have been seasoned musicians and band mates in various projects since 2005. After touring the United States together in 2015 the Duo stepped into the studio and created the sound now known as Fenoms. Music from the Fenoms can be heard on International Bboy competition Red Bull BC One as the two were collaborators on creating new original music for this Event in 2014 and 2015. Fenoms were also featured in the ¡MURSDAY! EP “Ready 2 Run”, presented by Boost Mobile. The group is excited to announce their debut single released on record label Fraternity Music Group and produced on vinyl in a 7 inch 45 RPM format. You can expect more from the group in the near future so be on the look out. You can get a copy of the vinyl HERE

It will also be available on thebboyspot web store very soon!

The track “El Gato” can be heard on the Red Bull BC One world finals:

Menace and El Gato were both featured on Lean Rock and DJ B-Ryan’s Free In The Style vol.2 Mix: