The weekend of Nov. 7th and 8th marked a milestone in the breaking community. Freestyle Session, one of the community’s most historic events, celebrated 18 years of contribution to breaking and Hip Hop culture. For its 18th anniversary, the event celebrated with a bang. FSS marked the 43rd stop in the Pro Breaking Tour, as well as it’s 2nd championship event of the year. After taking place in San Diego, CA in 2014, it was time to bring it back to the “City of Angels” for 2015.

After a world tour that had stops in Europe, Japan, Brazil and many states within the USA, it was time for the best of the best to gather for the world finals. Bboys and Bgirls from every corner of the world came out to Los Angeles to join the festivities. Upon arrival at the LAX airport, I ran into a handful of bboys in town for the event. It was then that I knew FSS would be massive. It is difficult to recall what countries were represented at FSS, but its safe to say over 50 countries had representation. An estimated 2,500 bboys, bgirls, spectators, and lovers of dance came out to partake in the celebration making FSS 18 one of its biggest editions ever. 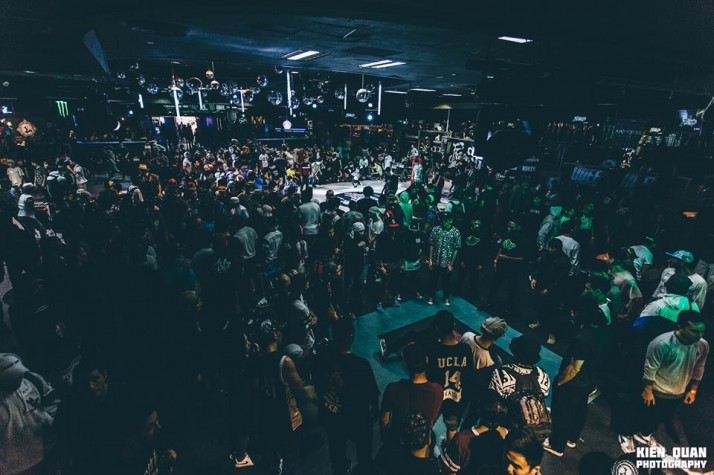 For the first time ever, a very special 2 vs 2 bgirl battle (hosted by No Easy Props) took The 2 vs 2 bgirl battles featured 18 crews from across the world. Bgirls from Japan, Spain, Canada and across the USA came out to represent. A top level panel of bgirl judges consisted of A.T (FloMo Crew), Jeskilz (Cypher Adikts), and Asia One (No Easy Props)

Day one of Freestyle Session was all about the 1 vs 1 bboy battles. That $7,500 first place cash prize ranks top 5 (prize) in the break world so taking home the W was something plenty of the worlds best wanted to achieve. 290 bboys/bgirls signed up for the battle. Yes, TWO NINE ZERO! From these 290, it went down to the Top 32. Check out some of the names that made the battles: Victor (SB Open Champ), Moy, Sunni, El Nino, Flea Rock, Gravity, Kleju, Fleau, Robin, Kid Columbia, Morris, Issei, Lil John, Yarko, Xisco, Kazuki Roc, Cheerito, Flexum and Wing Zero to name a few.

Thanks to the event sponsors: Silverback Bboy Events, Monster Energy, Mackie, and Uber you can now catch up on the battles with the LIVE STREAM!! How great is that, live stream events are becoming the norm in our community. But I for one think it should be PPV live stream…..just saying.

With the 1st day in the books, it was time to focus the attention on the 3 vs 3 breaking battles. The two time defending champs,The Squadron, were back to retain the title but the competition was not easy. Close to 200 crews signed up for the 3 vs 3 battles. 32 crews advanced to the battles. Check out some of the top crews representing: 7 Commandos, Hustle Kidz, The Ruggeds, Found Carnival, East Side Bboys, Skill Brat Renegades, Knuckle Heads Cali, Soul Mavericks, 5 Crew Dynasty, FloMo, DF Zulu, and……………..THE RETURN OF THE P BOYS. (haha!)

Again, thanks to our great sponsors, you can now catch the full live stream here!

And there you have it! Two days of memorable battles, memorable moments from a memorable event!

Congrats to all the champions of the weekend! 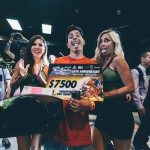 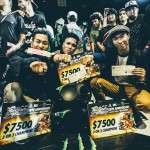 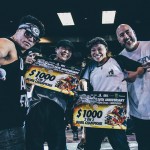 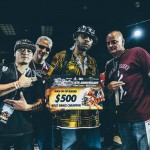 For the best pictures of the weekend, check out the Pro Breaking Tour FB page on link: HERE

A very special shout out to the one and only Cros One for 18 years of contribution to the scene! 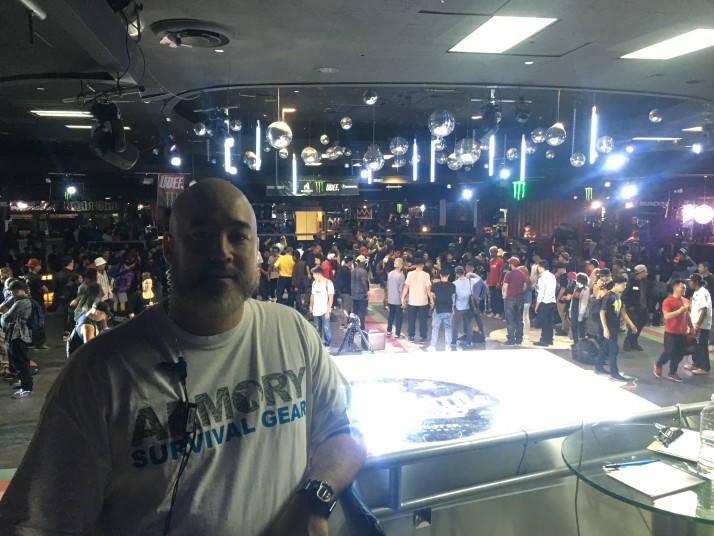 I remember Crazy Legs wrote a statement about Cros after Freestyle Session 8 in 2004. The statement said something like”

“Cros1 gets major props for not letting the system beat him down. He’s given bboys and bgirls platforms around the world through his events for all of us to treat as one of our playgrounds. DON’T LET THIS EVENT STOP. IT’S NEEDED.”

Cros, my brotha. THANK YOU! THANK YOU A MILLION TIMES FOR INSPIRING SO MANY!

Next up, The 2015 Pro Breaking Tour comes to its final stops. Chill in the City Paris, France and Phaze 2 Anniversary ­ Chicago, Ill.