Once again the event I call the granddaddy of the them all(google the reference) came, saw, conquered. Freestyle Session which by many is regarded as the most important event
in breaking history(along with BOTY) has withstood the test of time and is the last major 90’s USA breakin events that still holds strong today. As the 2nd Champions event in the Pro Breaking Tour and the 30th official stop of the calendar year, Freestyle Session met all expectations(if not exceeded them). Bboys/bgirls, poppers, lockers, dancers from all walks of life along with DJ’s, MC’s and writers(plenty of writers just chilling the event) came together to celebrate the vibrant culture that is Hiphop. It is difficult to recall what countries were represented at FSS, but its safe to say over 50 countries had representation. An estimated 2,500 bboys, bgirls, spectators, and lovers of dance came out to partake in the celebration making FSS 19 one of its biggest editions ever. 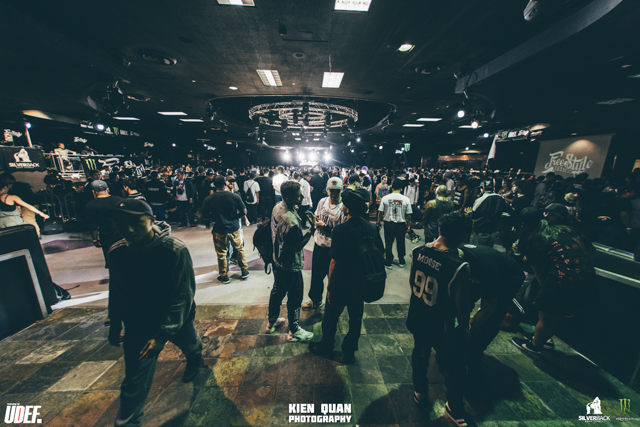 With so many dancers, it was only right to have plenty of categories for them to compete and participate in. The categories were: 3 Vs 3 breaking battles, 1 vs 1 Undisputed breaking battles, 2 vs 2 freestyle battles, 1 vs 1 popping battles, 1 vs 1 rocking battles, 2 vs 2 kids battles and for the 1st time ever a 1 vs 1 Bgirl solo battle! The popping/freestyle attendance was so big that they didn’t just get their own room, the dancers got their own venue! L.A always keep it true with the funk styles. The DJ line up was led by none other than THE FATHER OF HIPHOP CULTURE DJ KOOL HERC!! Herc along with top dj’s like Lean Rock, Skeme Richards, Renegade, Fleg, Bles One, Carlie Rock, Element, Ervin, Smirnoff, Abel, Kid Riz, Casey Masem and Mark Luv destroyed it on the wheels of steel keeping the vibes going and flowing both nights. 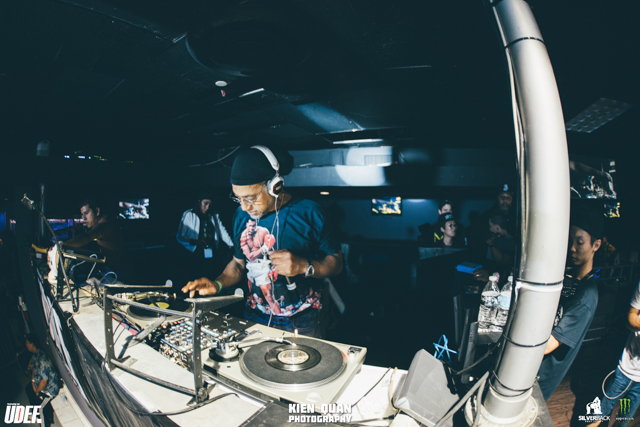 While the emphasis seems to always focus on the “competition” events like Freestyle Session are much more than that. FSS brings friends together from across the world as very few events can. FSS brings out those certain individuals that may no longer be active or attend events but always show face at this special event. This year Pulse Studios from Canada flew in with 25+ students AND PARENTS!! How amazing is that?!!? Freestyle Session is truly an event for the whole family to enjoy. I myself took my 3 year old son to the event for the 2nd year in a row. It is the only out of state event he has ever attended.

DAY ONE – Undisputed World Bboy Series 1 vs 1 Battles
Day one of Freestyle Session was all about the 1 vs 1 bboy battles. With $7,500 first place cash prize + the guaranteed spot at UNDISPUTED WORLD BBOY SERIES FINALS up for grabs, you knew the worlds elite competition bboys would be present. In total, 295 bboys/bgirls signed up for the battle. Yes, 295 looking to make it into the top 32!! If you do the math, that means each dancer had about a 10% chance of making the battles. In other words, the chances are minimal. Check out some of the names that made the battles: Victor (Defending Champ), El Nino(2014 Champ), Gravity, Thesis, Kleju, Robin, Morris, Issei, Pocket, Tata, Kareem, Kuzya, Nasty Ray, Lil G, and Wing Zero to name a few….

For the TOP 16 and on, please make sure to check our good friends at STANCE youtube channel: HERE

We can’t leave you without showing you the 1 vs 1 Undisputed World Bboy Series Final battle.
El Nino – Floorlords/The Squadron vs Issei – Found Nation

Day two brought up what traditionally would be consider as the main event of Freestyle Session. The crew vs crew battles. Added to the “main event” for the 1st time in history
was the 1 vs 1 Bgirl battles. This year the Bgirl winner would take a Freestyle Session championship ring for the 1st time. 160 crews singed up for the 3 vs 3 battles, add to that 78 bgirls and you will understand why prelims are lasting a while at jams. We all wish there was something that could be done to make prelims go faster but we can’t just ask bboys/bgirls not to compete. I am sure in the future changes will be made but for now we are doing the best we can to speed up the prelim process. Top crews from all over the world came out to showcase their skill and earn the title. Crews that stood out were: Super Cr3w, Rock Force, Killafornia, Massive Monkeez, Knuckleheads Cali, Unstopabullz, Found Nation, Style Elements, Predatorz, Polskee Flavour, and Team Monster. For the Bgirls battles, we had what you can consider the worlds elite. The bgirl list included names such as: Ayumi, Narumi, Beta, Yasmin, FeenX, Paulina, JK47, Kate, and Yurie to name a few.

For the TOP 16 and on, please make sure to check our good friends at STANCE youtube channel: HERE

For the final battle you know we have to see the battle itself. Japan vs Japan. Veteran vs Up and coming!
Yasmin – K.A.K.B vs Narumi – Body Carnival

And now for my personal favorite battle of the night, THE KIDS BATTLE!!
Lorenzo and CIs Holland/Belgium vs Furious Styles Crew 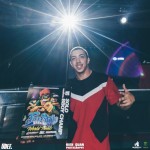 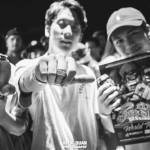 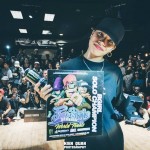 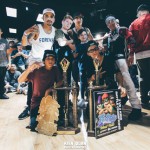 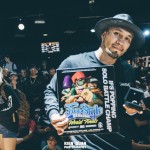 As always, the special shootout to a great friend and mentor of mine, Cros One for his continuous work in our community.

Next up on the PBT schedule: Iphlow 4 and Octagon World Finals! FB event page HERE
Follow the PRO BREAKING TOUR at: www.udeftour.org/full-schedule