FREESTYLE SESSION RECAP: DOWN WITH THE KING

As soon as Cypher Adikts LA ended, it was time to prepare for Freestyle Session 15 Year Anniversary the following day. I’ve been attending Session since it’s 8th installment in 2004, and have truly been a big supporter of my brotha Cros for the last six years, so I was not about to miss out on the “Sweet 15”. Cros always delivers with top notch venues, and having Session at Club Nokia in downtown Los Angeles was crazy….the venue was too dope! That floor was too dope! haha. Everything was set up for Session to be a world class event, and it was. 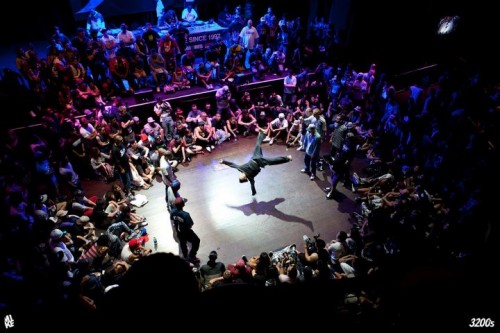 Day 1 was very much the chill day, as always, with everyone just kicking it, vibing, and sharing with each other. One of the things I love most about jams like Session is the fact that it’s more of a family reunion than anything. It’s always great to catch up with the homies and vibe out. The highlight of Day 1 had to be when  I finally got to see Steelo. After everything he had gone through and I must say, he is looking great! It was really dope to chat with him and see him be his old self once again…I couldn’t really say much, I was just so happy to see him and his progress. Keep it up, Steelo!!

Kid David, Luigi, and Casper teamed up to form Skill Brat Renegades aka LEADERS OF THE NEW SCHOOL. Like at Freestyle Session 10 Year Anniversary, Cros had two prelim cyphers going on at once and it reminded me of when Flava Squad battled Unique Renegades. The whole crowd went to one side, and which sucked for the other two crews in the second cypher. All eyes where on Skill Brat Renegades. My crew Unique Styles (Namek & Squid) teamed up with the homie Yuri of DF Zulu Brazil, and they did really dope as well. Other top squads consisted of Top 9/All the Most, FloMO Crew, Killa Renegades, Lionz of Zion, Dynasty Decendents (Thesis,Gravity and Nate) and a few others. 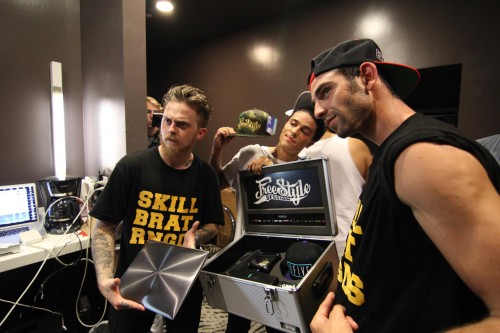 DAY 2, the day everyone was waiting for, consisted of a much anticipated performance by Steelo and the Groovaloo’s, Invisible Scratch Pickles, and of course the Top 16. The day started with the music being mad on point. I was really impressed by DJ Mane One (correct me if I’m wrong Cros) who was one of the DJ’s opening up Day 2. The brotha was dropping some fire from the start. The venue was packed. Mad cyphers were going down in front of our booth, and again seeing Steelo get down and drop some of his signature moves was mad official. Qbert and the rest of the Pickles killed it. The top 16 battles did not disappoint, but it was all about the final battle, USA vs RUSSIA. Skill Brat Renegades vs Top9 / ALL Most. USA came out swinging and it seem as if it was going to be a no contest but Russia came back with a vengeance and started dominating a bit more towards the end. By the end of the battle, it was nerve wrecking. In the end the judges voted unanimous and gave the battle to Skill Brat Renegades, the FSS 15 3 vs 3 Champions.

Shout outs to everyone that attended the event, everyone that supported The Bboy Spot / Biggest&Baddest booth. Major respects to our brotha Cros One for making Session happen once again. 15 years deep, and here’s to another 15! Check out some of the coverage on Epicenter from our brothers Profo One and Rob Nasty who covered the event LIVE.