From the Basements to the Mecca 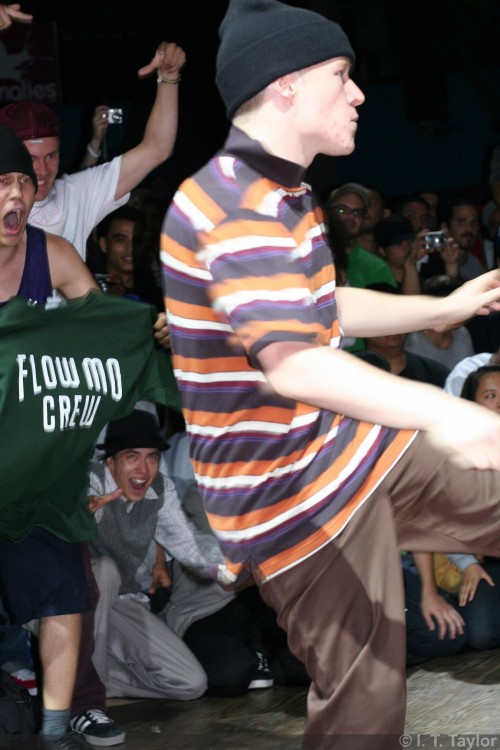 “The 29th RSC Anniversary became a defining landmark in Flow Mo’s history by winning the crew battle competition. Since the birth of the crew Flow Mo had travelled around the world to rock cyphers and enter competitions with a thirst to prove that our underground bboy movement hailing from humble beginnings in basements and even our parents’ living rooms was something else. You have to note that even in the 90s Finland was on the brink of the known universe with internet only starting to kick in and the connection between the 80s bboy scene had been lost by the mid-to-late 90s when we started dancing. We set off with a few mentors and a few scruffy video tapes, and as soon as we got the chance to travel, realized that the rest of Europe and even Scandinavia had passed the tradition on and were head over heels over us. We saw that and decided we were going to change that.

We almost had the full squad of us to travel to RSC Anniversary on our hard earned cash, there was Hatsolo, Mercy-1, Taya, Antopio, Focus and myself with a few other Finnish heads tagging along to enjoy the vibes, even the young b-girl AT before she was in the crew. Wartecs and our graff boss Tolin were the only ones who couldn’t make it. We hit the cyphers hard on the solo battle day before and had the pleasure of vibing with heroes of ours like Remind on the floor. Not thinking too much about the battles some of us (namely me and Antopio) hit the bars later that night to enjoy the New York vibe that a bunch of us felt for the first time in our lives. It has always been central to Flow Mo to have fun, competitions were never the main thing. 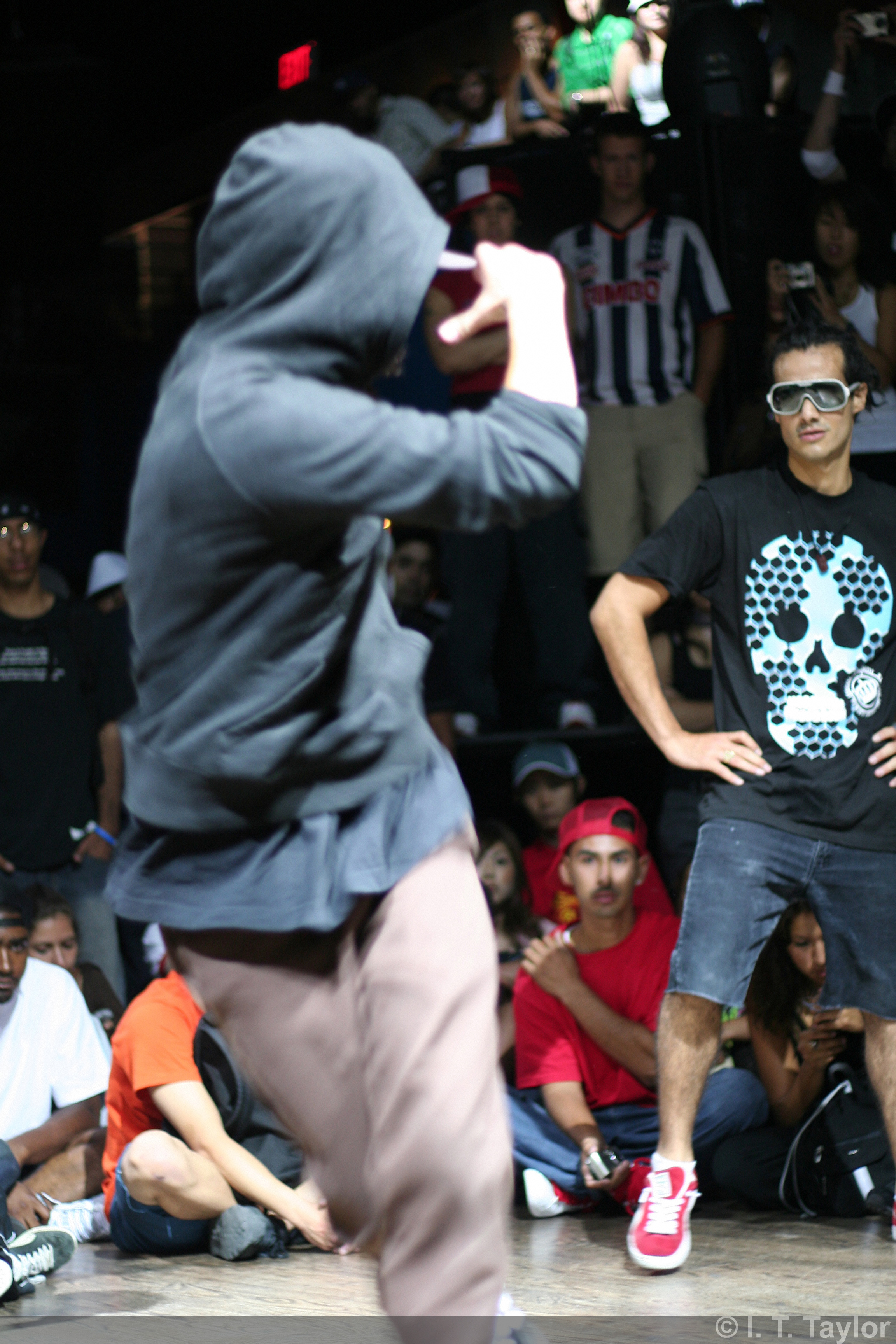 In come the crew competition day… We didn’t think much of it, just decided to not hold back on a single round we had the chance to rock on the floor. Antopio was always great at lifting up the crew spirit so with a few cypher rounds in we were fired up. First and second round in the competition flew by and we started to feel really good. Everyone was enjoying the music with Skeme Richards among others on the decks and we started to realize this was finally going to be a jam where hand hops were not going to cut it, everyone from the audience to the judges were there for B-boying with a capital B and we felt comfortable as ever. You need to realize this was not common at that time, the first crew pyramids and summersault routines had kicked in a few years back and solo b-boying wasn’t that much appreciated in competition circles but we saw what was going on and decided we wouldn’t have to do any routines at all to work it. In come the third round and we were facing Ghost Crew, our friends and favourite rivals of all times from our way, Scandinavia. Before the battle we just decided we wouldn’t lose against them as we’d never done so before and went in as hard as we could to keep it that way. We didn’t travel all this way to go out like this. The battle was heated and i could tell there was a sense of mutual pride that we were all in New York at the Rock Steady Anniversary representing a high level of true b-boying with flavour and style. That said, it wasn’t all the same who’d win, we needed to win that hahah… So we made sure and did win it. 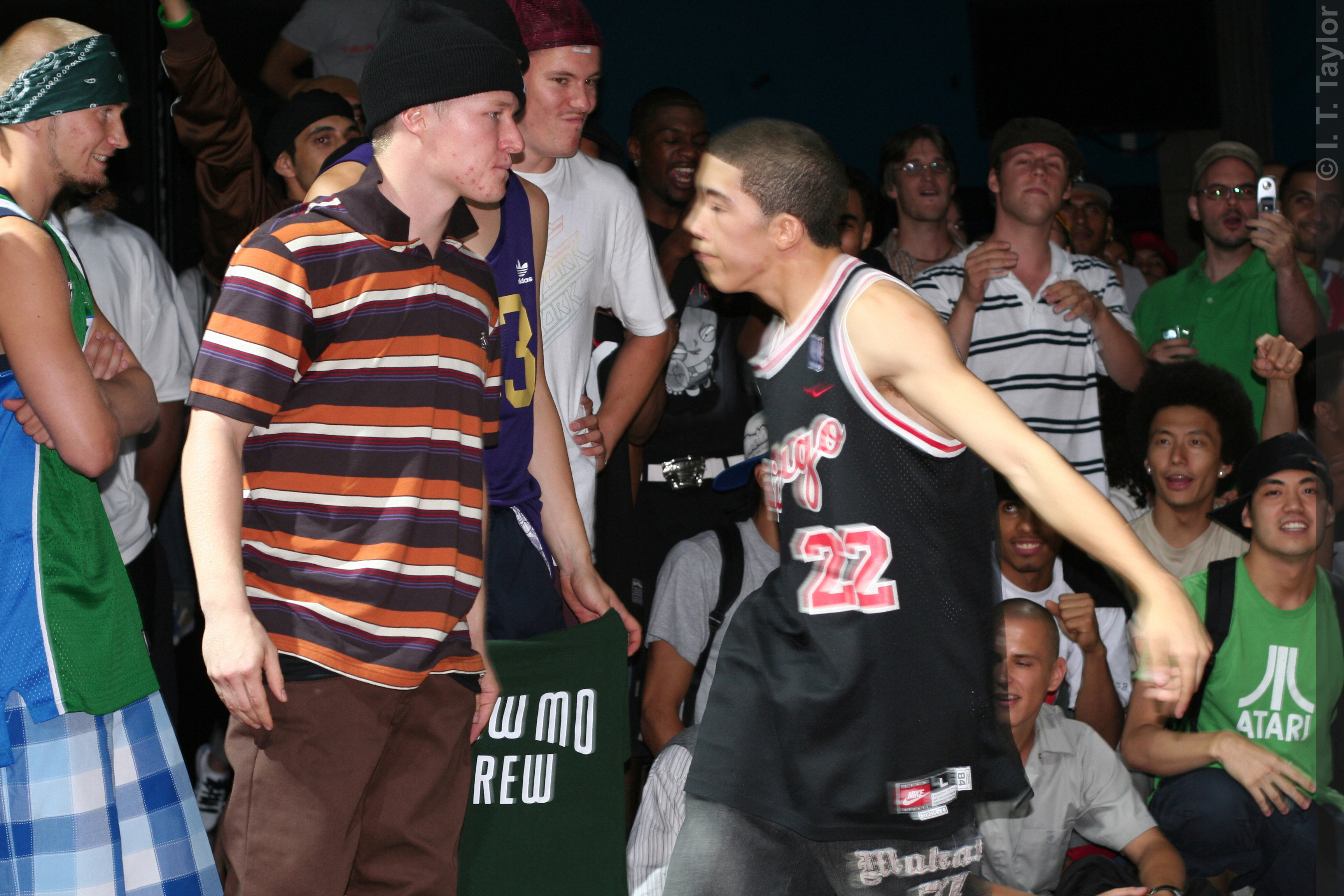 So there we were, waiting for the final battle. From the other side of the bracket Flava Squad had made their way up and were up against us for that last battle. Flava Squad had been winning battles left and right that year, most notably the Out For Fame US championship which basically made them THE US champions as OFF was the biggest crew battle bracket in the country. El Nino, Exooberant, Elmo, Beta, Lil Lean and a few others were in the line against us. We knew these dancers from videos and had a lot of respect for them but they didn’t know us so we set of doing exactly what we’d been doing so far – not holding back one bit. The music was on point so we just decided to dance regardless of whether we’d heard the track before or not like we always do. No tricks would cut it. And we definitely didn’t have tricks to win a competition, just our flavour, footwork and the connection with the music.

Both sides brought it hard and when it came down to the judges a tie was announced. There was a ‘oooo’ from the crowd, both sides negotiating who should go. As though either side had a choice, it was all down to the top bboys, Focus and El Nino for this one.

Both sides came in hard, knew not to run moves at this stage (which we at Flow Mo never do anyway), it was close… We stood there waiting for the final verdict and finally the judges pointed. We took it. I couldn’t believe it although i knew we did. Flow Mo from Finland took out Flava Squad in the finals at Rock Steady Anniversary. If someone had told me we’d do that when i first saw Beat Street in 98 from a flea market VHS I’d told them they were full of shit. But the excitement didn’t stop there. We stayed at the venue, got our prize money and went outside. The vibe was aggressive, we had people from across the street yelling “you stole our money” but we didn’t care. Even some Ghost Crew members told us “you know you didn’t win that one” but we were like fuck you, we did win this and no one can take it from us. Ever. We bought 40s and celebrated.

The next day in the evening we went to Union Square. We were chilling out, there was supposed to be a b-boy practise session but the vibe went weird. All of a sudden all the b-boys from New York started gathering up, mainly Zulu Kings. Ness, who was my friend, didn’t really want to talk to me, and i realized they were gathering up forces to battle Flow Mo when word got around that we were there. That time we really didn’t give a fuck, we’d done the work, made the mark, celebrated accordingly and didn’t feel the need to battle more that day. In addition no one actually called us out but there was a bunch of them. So we left, celebrated some more, shopped, enjoyed New York and laughed about it. It had been a special moment in our crew’s history and I was glad I’d been a part of it.” 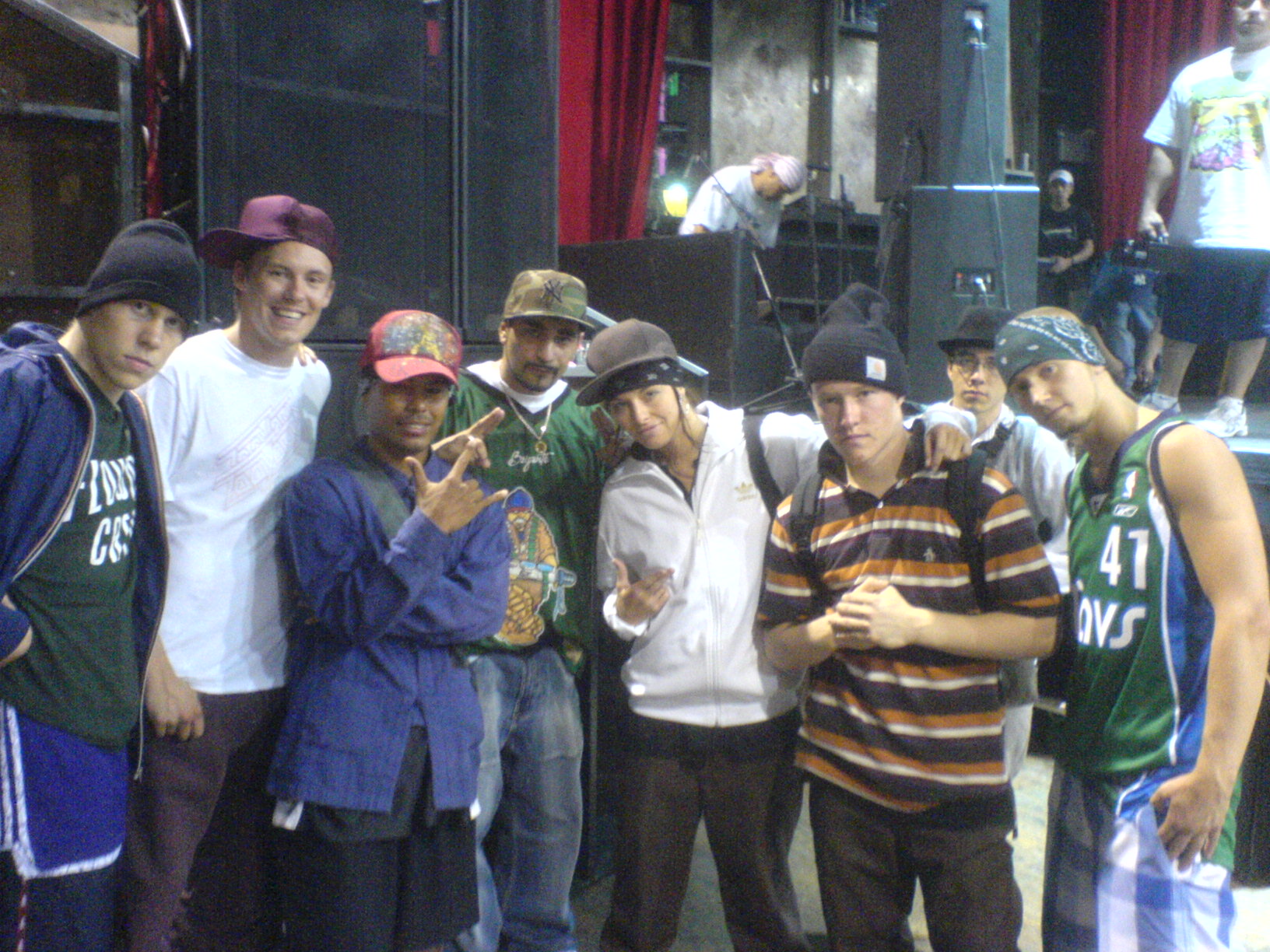