If you don’t know who FUSIK is by now then it might be time to move out from under that rock you’ve been living under for the past 7 years. Fusik is a widely known funk band that rose from within the Bboy community and has been rocking stages all over the globe. If you haven’t witnessed their floor-shaking performances then maybe it’s time to hit up their next gig. Our good friend Felix, the drummer from Fusik, sent us the news that they just released two new singles for download and on vinyl which is rare of any bands nowadays.

Anyways, here’s the info from the man himself:

Fusik is a Funky five piece live band straight out of Fort Lauderdale, Florida. We started doing our thing in 2005 and have a goal to keep people dancing for generations to come. Because of our funky grooves and our ability to make you move, Fusik has traveled to perform at Hip Hop & Bboy events world-wide including countries like France, Spain, Italy, Poland, Mexico and different parts of the United States. 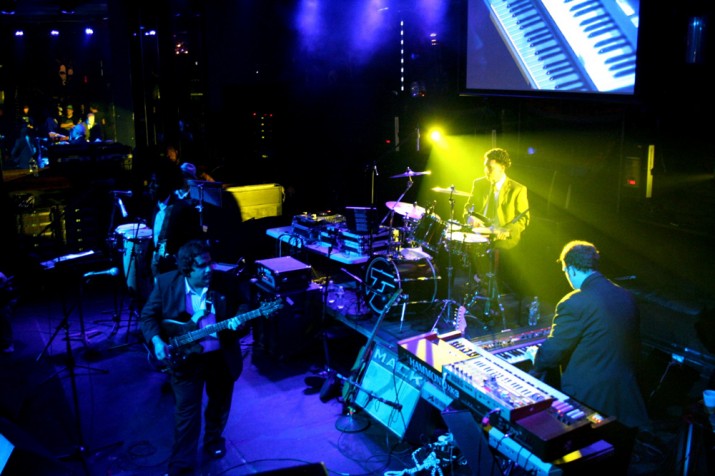 Since we released our first album “Only A Few Are Sick” in 2007 we have had DJs and record collectors ask us to release something on vinyl. This and our love of collecting vinyl ourselves really motivated us to release a Funky 45 including new songs “On The Fly” and “Battlefield”. It was a dream for us when we first started back in 2005 and now it’s a reality! With all the support that we have already received Fusik has plans to release more music on vinyl in the near future. – Felix

You can get a copy of the record at Fusik’s webstore here.

You can also download both songs on iTunes or on Amazon.