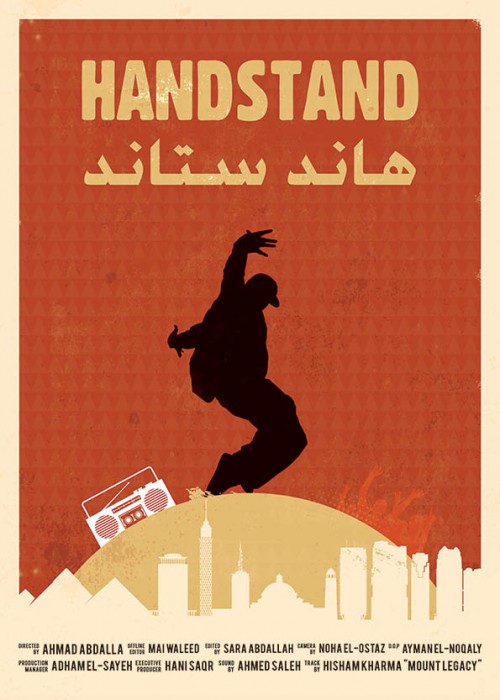 Handstand depicts the coming of age of a young generation in Egypt that is trying to carve a place out for its love of breaking in a generally un-accepting society. Not only is dancing frowned upon and viewed as socially unacceptable, but making it a career is considered second only to suicide in the conservative Arab state.

From sidewalk battles, Egypt’s B-Boy culture grows and a breaking community begins to form around it with more dancers (B-Boys and B-Girls) entering the scene. Still limited in their exposure, B-Boys in Egypt turn to television and YouTube to feed their hunger for more moves and ideas from the world beyond their borders.