This past weekend one of the illest crews in our communities became “legal”. HaviKORO turned 18 years old! While the history of both Havic and KORO goes back 20+ years each. It was at Freestyle Session 5(1999) that both crews united to shake up the break world by defeating Style Elements Crew(possibly the illest crew in the world at the time).

HaviKORO Crew 18th Year Ann. became the 5th stop in this years Pro Breaking Tour. As expected, the crew celebrated in style. The event was a 3 day celebration which held an official pre party(Friday), workshops and cypher jam at Break Free Community Center(Saturday) and the main event taking place on Sunday. The weekend’s competitions consisted of 2 v 2 kids battles, 2 vs 2 freestyle battles and the main event for the weekend was the 1 vs 1 Breaking battles. 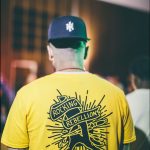 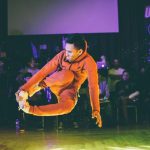 HaviKORO featured a mega line up of DJ’s throughout the weekend.

Hosting the event was none other than HaviKORO members: Marley -HK, Yung Chris – HK, and Rickochet -HK.

The competition:
With the 1 v 1 being the main event and Texas having a rich tradition of nasty bboys, it was expected for the competition to be world class.
Being a Pro Breaking Tour event. You know the prizes were going to be ON POINT. Check out the prize breakdown below:

50+ bboys and bgirls signed up for the battles. Each bboy/bgirl had one showcase round to show their skills and earn their way into the top 16 battle bracket.

Top 16 Battles:
In the 1st battle, Angel defeated Canarus in an upset. Heavy favorite Gravity took out Dennis to move on to the Top 8. A bgirl vs bgirl battle between Melissa from Belarus vs Stellz from Florida took place in the 3rd battle. Melissa took the W and advanced. Joel defeated Beast Boy to close out the 1st half of the bracket.

In the 2nd half of the bracket, D-Tex overcame Ian to advance. Buckshot took out Stacy, Tesk moved on to the top 8 with his victory over Moe and in the final battle of the top 16, Jose defeated Isaiah.

Top 8 battles:
Gravity found his way in the semis with a win vs Angel, The surprise of the night, Bgirl Melissa took out Joel and moves on to the semis.
D-Tex defeats Buckshot and in the final battle of the Top 8, Jose defeats Tesk.

Semifinals:
Gravity defeats Melissa to earn his way the 1st spot in the finals.
Shout outs to Melissa on a great showing at the event! Them European bgirls are no joke!
D-Tex, one of the best up and coming bboys pulls out the upset vs one of the favorites, Jose to advance into the finals.

The Finals.
Wish we had the footage to show you this one.
Gravity took out D-Tex in a very dope final battle!!
Once we have the footage, we will share it on out Facebook page.

Congrats to Gravity on a great victory!!

One time to HaviKORO on an amazing 18 year years. You all have been an inspiration to myself(Mex) plus many bboys and bgirls from across the world for the 18 years you’ve been representing!