The Bboy Spot is located in Orlando, Florida and originated in Fort Lauderdale, Florida. For the last 10 years we have been as involved as anyone, if not more, in cultivating the Florida bboy scene and carrying on the strong traditions started by Speedy Legs and Bboy Masters Pro-AM in 1997. There has been one bboy in particular that has been here since the beginning who is still here today making a diference in the Florida bboy community. That bboy is Lego representing Flipside Kings out of Miami Florida. 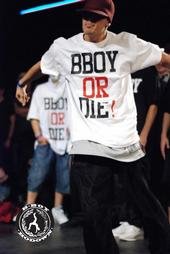 Florida has produced countless world class and influential bboys throughout the years, some who stopped breaking, and many others who moved away to pursue their own personal goals somewhere else. Lego remains exactly where he began, which is in Miami, putting in work for his city and state. He can often be seen judging local jams across Florida, and still stays active competing at major jams ( Lego is the only Florida bboy to have ever won an Outbreak). Throughout the years Lego has stayed very relevant and involved in our local community. While many crews “recruit” new talent, he is very much responsible for mentoring two of Flipside Kings newer members, Chizo & Dahs, who also reside in South Florida.
Unlike many from his generation, Lego has always been humble. Coming up in the FLA scene in the late 90’s/early 2000’s, many of the older more experienced bboys treated the younger up and coming bboys like shit.  You can call it “earning your respect” or “rank”, but truth is most of them where truly straight up assholes too coincided to be “koo”,  but Lego was always approachable and treated everyone with equal respect. Maybe this is why Florida bboys love him or maybe it’s why he is still very much relevant here–continuously inspiring kids in Miami, across Florida, and worldwide. Add that plus incredible skill and dedication for 18+ years and you get THE KING OF FLORIDA.