Antwerp, Belgium was the place to be this past weekend. Raw Circles 2013 was going down and the Bboy Spot team came thru to witness one of the World’s most popular 2on2s. 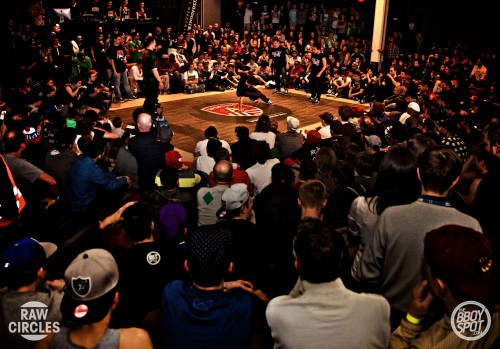 The venue was located in the harbor of the Antwerp city, divided into three rooms during the day 1. “Top Styles” room featuring poppin’, top rock and other styles, was topped with the Cypher room and 2on2 prelims room. 138 crews signed up for the 2on2s to battle for the 2 remaining spots in the final top 16.

Two prelim cyphers were run by Mario Bee and Tyrone of IBE. Finally, Funk Fanatix from Russia and Team Bboy France won the prelims and advance to the top 16 for the next day. 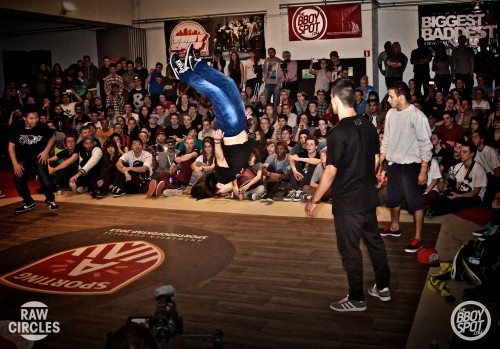 Day 2 started with a lot of expectations. Mad crews were in the house, with spectators from all over the world. Judges Lamine, Ray, and Storm were about have a tough job choosing the “rawest” crew of the night.

DJ Jebel, Raw Circles founder, was handling the wheels of steel. On the mikes, Team Shmetta’s own Sambo & Dziri were making sure to keep the crowd hype all day long. The battles could finally start.

Check the official Bboy Spot trailer from the Raw Circles 2013 by our homie Miniboj Killa.

In the semifinals, Kido & Pick Up surprised everyone and beat Kareem & Tata in a very close battle. The US crew came strong, but it was not enough. In the second semifinals, the defending champs Bruce Almighty & Lagaet came on top of the young power head Issei and his homie Shuhei that shocked the crowd with the crazy suicide flip. 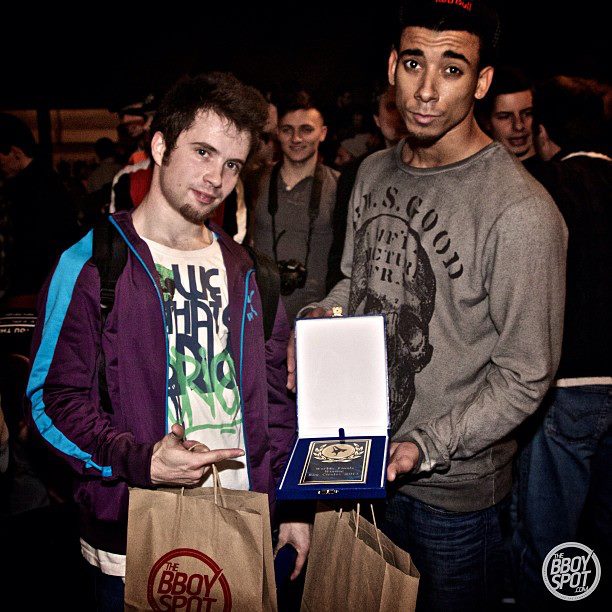 Worth mentioning is the fact that Lagaet came to the jam straight from the hospital where he was lying sick the week of the jam.

As Dziri would say, having a family dinner is not really an excuse to miss out the jam like Raw Circles. Lagaet’s dedication was a great example.

Shout out to Jebel, Dziri and Team Shmetta for the organization and keeping it up with the Raw Circles and the scene in Belgium. Already looking forward for the next year edition. Peace…