Red Bull BC One USA Recap

Over the weekend, I was invited by Red Bull to cover and enjoy the Red Bull BC One USA Finals in Chicago, Illinois. Let me first start by saying, damn…. Chicago is TOO OFFICIAL! I’ve been there many times, but this time I walked around the city and really got to experience what an incredible city it truly is. It’s a lot like New York, but cleaner with nice people….

Huge shout out to my boy JBoogie from Self-X Crew for opening his doors and allowing me to stay over his house for a night. Thank you to you, your wife, Xavier, and P-Nut. Hope I come back and chill with you all again. Shout outs to my brotha KidRock for picking me up from the airport and
hooking it up with the 10 bags Hot Cheetos! hahaha (Note: I only ate one) 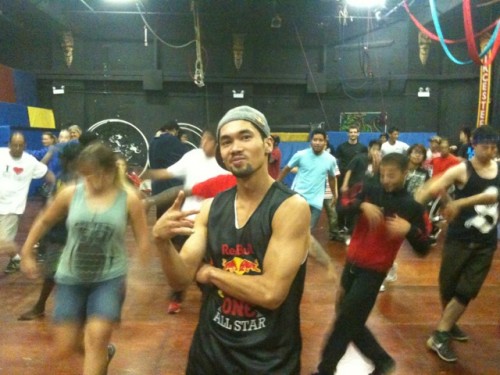 Ronnie’s Workshop at RedBull BC One USA in Chicago

With that being said, time to write about RED BULL BC ONE USA FINALS.The weekend started on Thursday with FREE workshops from Kwick Step (Full Circle) and Ronnie (Full Force/BC One ALL STAR). Both classes had a great turn outs and the bboys/bgirls truly seemed to enjoy them. It’s always a great thing when you get to take classes from those that have devoted many years to their craft. A suggestion for all Bboys/Bgirls taking workshops– dont just work on the steps, BUT really listen to the instructors. The knowledge will for ever defeat the move.

Friday was a very busy day with 14 of the 16 bboys participating bboys arriving at the hotel, which was The Hard Rock Hotel. 5 stars for sure. At one point I was hearing The Roots and Mos Def in the lobby area. I also got to play Mijo – Motion Disorderz in a game of pool. Yes, I won. While waiting for the bboys to arrive, we set out to hit the town and explore its beauty, so many street performers everywhere, it was incredible. Once the 16 bboys arrived, we gathered together as it was time to ride the shuttle to the venue. They tested out the floor and did a complete walk through in preparation for the big day. Once the walk through and set up was over, Red Bull hooked it up by providing us a shuttle to and from Cypher Adikts Chicago, which was going down at the Boocoo Cultural Center. The gesture was a great way to show that yes, Red Bull BC One is this mega event, but they still support the local grassroots organized jams. Cypher Adikts re-cap coming soon on CypherAdikts.com 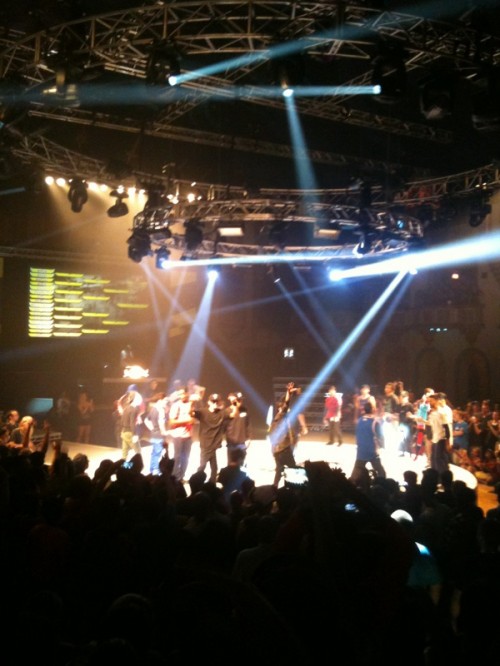 Red Bull BC One USA

Finally, Saturday arrived! The big day. The 16 competitors seemed focused and ready to go.
We met up at the hotel lobby at 3 PM to ride the shuttle to the venue and prepare for the day. Once there, we did one final run down, quick pep talk, and it was on. Doors opened up and the crowd quickly filled the seats as they got ready for the big show. Bboys from all the mid west came out to support and many of them created their own cyphers as the event kicked off.

From the 1st battle to the last, it was a war, you could tell everyone wanted it so bad. The one battle I was dying to see was Fleau vs Prada-G. 2 young stars in the game getting their 1st shot at BC One, the battle was a technical one and in the end Prada-G came out on top.

Right after that battle, Tata amazed the crowed with his high flying, street hitting style. This guy is only 19-20 year old, the sky is the limit for him. As the battles went on the list go shorter and shorter till it was down to East Coast vs West Coast. Domkey representing Lions of Zion vs Villain representing Underground Flow. Both brought it hard, but in the end, Domkey was crowned the champion and will represent he USA at this years BC One world finals taking place in Rio de Janeiro Brazil!!

Make sure to check out StrifeTV as they will be posting every battle, and until then check out their highlight clip below.
A big shout out to the 16 bboys competing at the event, and Red Bull for allowing us to be part of it. Hope to see everyone again next year!