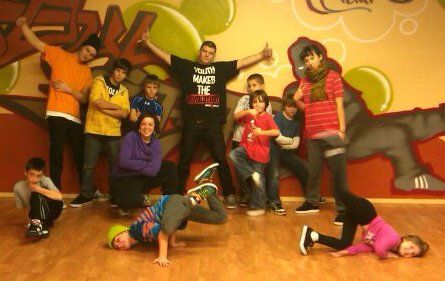 Just got some really sad news. One of my good friends in the bboy community, Raze,  passed away last night. In our community you build friendships that are always so meaningful. Raze flew me out to judge his jam in Michigan, and he often called me to ask for advice. Once he called asking if it would be smarter to move to Florida or Vegas, he chose Vegas, and he often would call just to catch up….. (Man, this sucks!). Every single jam we ran into, it was always a 10-15 minute chat just catching up and vibing. Raze was more than just a bboy, he was a community leader. He was 100% devoted to bettering his community and making things happen within it. Raze is the kind of bboy that made our community look good.Honestly, I don’t really know what to say… I can’t even think straight right now.
Thank you for being a friend and always a major supporter of all that we do,  I WILL MISS OUR TALKS HOMIE. WISH WE COULD HAVE CHILLED ATLEAST ONE MORE TIME.MY PRAYERS TO HIS FAMILY, CLOSE FRIENDS, and CREW…
REST IN PEACE!
– Mex One
Older clip of Raze getting loose…..

Raze1 (Dustin Pike) 28 years old. Passed away last night after falling into a Hypoglycemic coma last Friday. After a week long battle of testing his organs because of failure of his lungs, kindeys, and liver, and cat scans on his brain, Raze finally left this earth in peace.

He had died for 20 minutes when they first found him last week, which caused massive brain damage, along with the rest of his organs to fail. They were working on reviving many of the organs, but his brain just wasn’t stable enough to wake him out of a coma. So the decision was to either live the rest of his life in a vegative state, or pass on.
Raze was an educator, and a mentor to so many lives and young bboys and bgirls in the community throughout the midwest.
Owner of Raze1Urban Arts, and founder of 61Syx Teknique Street Dance Academy.
Breaking for 16 Years.
The event that we’re throwing is called “Raise for Raze” here’s the link to the facebook event for tomorrow:
http://www.facebook.com/events/350953004991433/
There is also an online account that is open to help with funeral costs, and medical bills here:
http://helpraze1.chipin.com
We’ll be raising money throughout the rest of the month to help. So anything you can spare or donate to the studio would be amazing, and we’ll be running fundraisers at the studio all month!
Thank you x1000 for the love support, and awareness!
Peace be with you.
-KEEGAN, 61Syx

The last video he ever posted on his Youtube page, only a week ago….
Tags: bboy, Dustin Pike, Michigan, Raze, RIP