After the madness that was Silverback Open Championships Day One, it was time for even more madness as day two of the event brought the 3 vs 3 battles. With the worlds best in the building, you knew some bboys would “squad up” but it was great to see some traditional crews in the competition like Found Nation, MZK, Rock Force, East Side Bboys, Supreme Beings, Killafornia, Knuckleheads Cali,Body Carnival, FloMo Crew, Hustle Kidz, and of course Style Elements which featured 2 of their original members in Remind and Crumbs.

200+ crews registered for the crew battles in hopes of making it to the top 32. Aside of the crews previously mentioned, SB Open also featured world class crews such as Super Crew, Polskee Flava, Renegades, Flipside Kings, Navi Crew, Predatorz, 7 commandos and many more. Lets put it like this, just about every top crew in the world was represented at the event. With world class talent, you need world class judges and SB Open had it. Responsible for judging the 3 categories were:

Fun fact: Judges panel had over 300 years of experience combined. In other words, the most experience judges panel ever. So what did the 3 vs 3 crews had to compete for? How about over $40,000.00 in cash! Check out the prize breakdown below:

Instead of trying to described or breakdown the bracket battle for battle, you can check out the full bracket below as well as clips of some of our favorite battles of the night. To view all battles, check out STANCE YouTube channel HERE 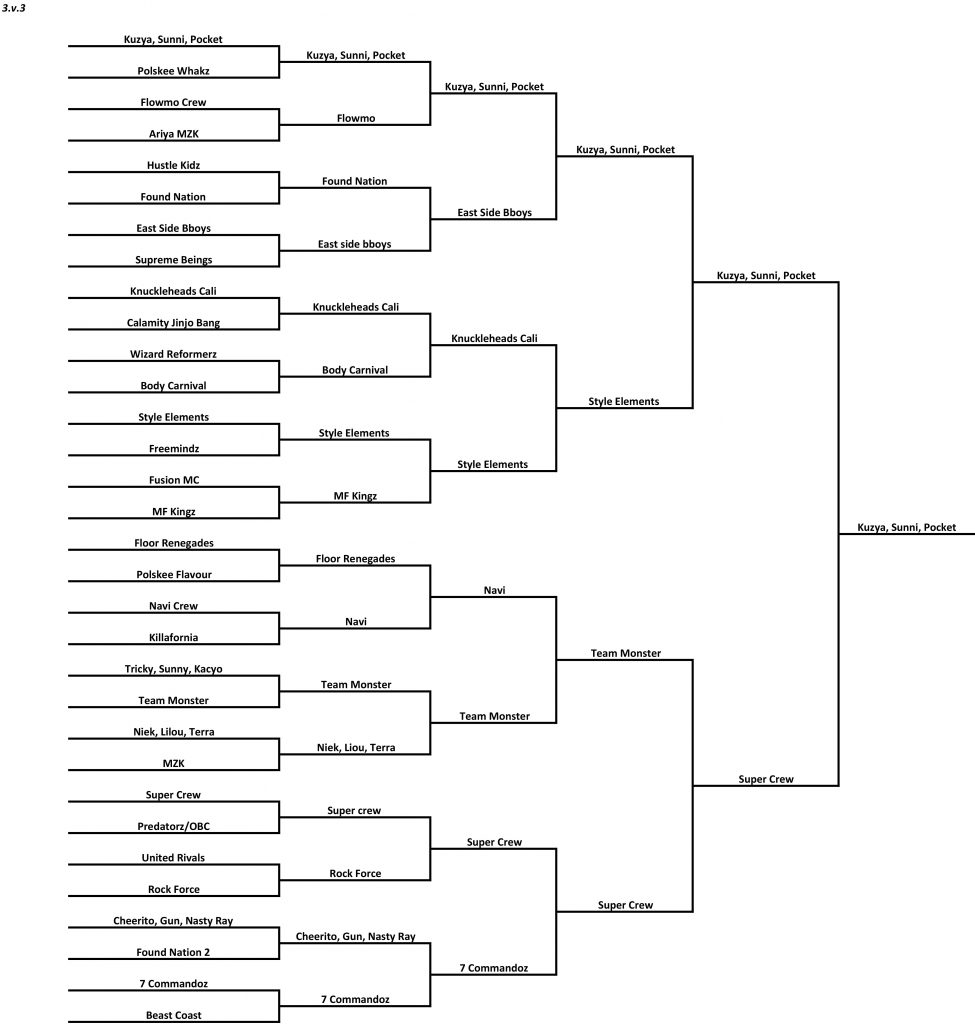 FAVORITE BATTLE OF TOP 32:
Found Nation vs Hustle Kids: Love this battle because its a true Style War. Japan vs Europe. 2 very different mentalities of breaking.

FAVORITE BATTLE OF TOP 16
Knuckleheads Cali vs Body Carnival: This one is great because it features 2 traditional crews. Love seeing both of these crews get down.

Style Elements vs Knuckleheads Cali: One word. REMIND!! The legend! The real MVP of SB Open.

Super Cr3w vs Kuzya, Sunni & Pocket: An original super crew vs a modern day super crew. There could only be one. 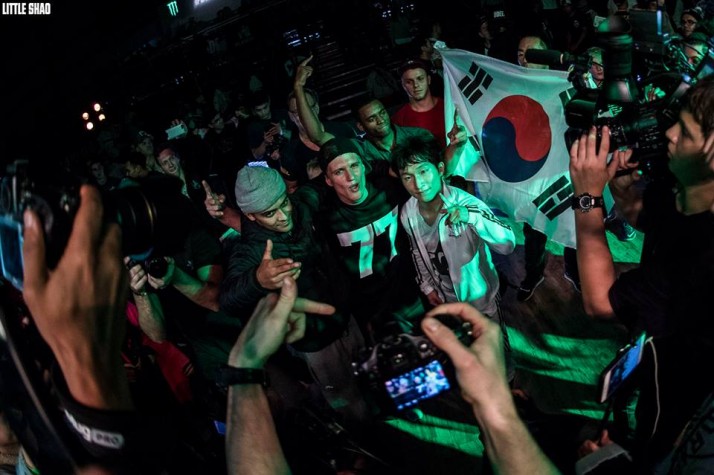 Would like to send a special shout out to the Silverback Bboy Events Team: Starting with the man himself Steve Graham. His staff Dawn, Bill, Gabby, Leilani, Zack, Mantis, Nemesis and everyone else involve with making this event an incredible experience for all. THANK YOU!