This past Saturday July 16th, one of the most important crews to come out of the 90’s celebrated their 22 years of history in San Jose, California. Style Elements 22 year Ann. marked the 14th stop of 2016 for the Pro Breaking Tour and it was memorable one. Easily one of the best stops of the year as the tour keeps getting better and better!

With Style Elements being such a respected crew, it was a given that bboys from across the world would come out to support and represent. Bboys from countries such as Russia, Japan, Venezuela, Canada, Mexico, and more came out to be part of the festivities. With so much talent in the building, it was not going to be an easy task for the assigned judges. The 5 competition judges were: Naytron (Renegades) – Beta (Heartbreakerz) – Mike the Cure (Knuckleheads Cali) – House (Furious Styles) and last but not least Ben (Knucklehead Zoo). In total 70+ crews signed up for the battles. World class bboys means world class crews and #SEC22 had plenty of world class crews to choose from. Some of the most recognizable names were Full Force, Battle Born, Monster Bboys, Furious Styles, Knucklehead Zoo, Floorgangs, and Underground Flow just to name a few. 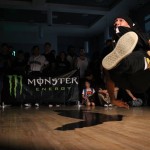 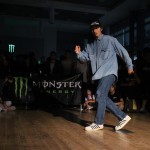 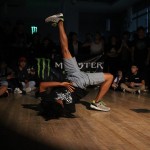 Thanks to Stance, all battles are available online!
All TOP 16 battles available HERE

TOP 8 BATTLES
The Top 16 brought us a few surprises with some heavy favorites being eliminated early.

For the semi’s, lets check out the battles here!

You know this battle had some bragging rights behind it… Red Bull BC One All Star Ronnie competing with his crew vs Monster Team!

Congratulations to Full Force on a great victory!