The History of Record – Making in Miami, Panel Discussion 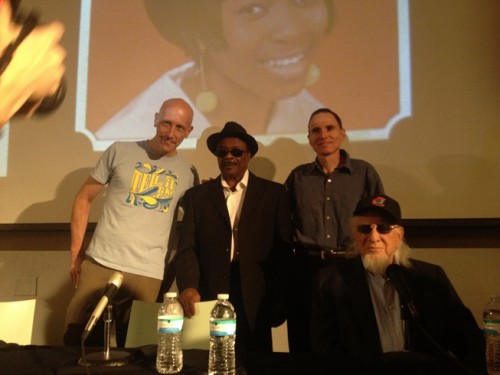 I recently attended a very interesting panel discussion featuring some of Florida’s music history figures. The panel was held at the Miami Art Museum as part of a series discussing South Florida music throughout the years and is part of related programs to the current featured gallery, “The Record”.

On the Panel were Henry Stone (record label owner and producer), Willie J. Clarke (song writer, musician), Jeff Lemlich (author and record collector of Florida music) and DJ le Spam who was hosting the event. The room was packed with people of all ages and backgrounds ready to listen and learn.

“You must strive to make everything you do in life the best before you even step out the door.”
Willie told the story of how he first met Henry Stone. Willie pulled up to the location and found a sweaty man moving boxes of records from a truck into the building. He asked around for the owner and was told that the sweaty man was him. He couldn’t believe it since he imagined the owner being in a big fancy office paying others to do the labor. Henry said hard work is what got him to where he is now. The two went in to a room where Willie went on and played Henry a record of his band. After listening to the song Henry played a number 1 hit record and asked Willie, “If you were at a party or gathering which of the two songs would you play?” Willie honestly answered, “The Second One”. 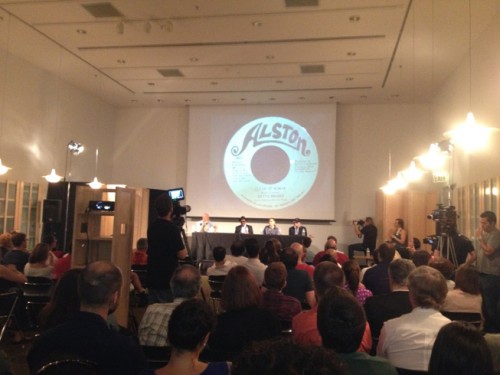 Henry told Willie, “Come back when your song sounds like a hit record.” This showed me a lot. You must strive to make everything you do in life the best before you even step out the door.

They went on to tell us how they spend hours and hours in the studio writing, rehearsing and recording. They would press a small number of records to test the music on the people in Florida, playing the songs on local radio stations. If the songs “Hit” in Florida then they would produce it nationally. If it didn’t make any noise they would dump that song and move on to the next. Making good music was serious to them and it was lots of hard work but the formula proved to be successful.

The panel continued with Le Spam playing some of his personal collection of Miami records and answering questions like what was the inspiration behind the music.

Making music back then was hard. The industry has changed much but working hard is the only way to make it. In today’s music scene only the artists that go the extra mile and put in the hard work can even stand a chance of making it. Aim high and always put out nothing but the very best.

Here are some of the songs we heard and artist that were mentioned: