THE STORY OF A STUDENT AND A MASTER: FLO MO’s AT and TAYA

You cant really speak about FloMO without mentioning two of their illest members A.T and Taya T-Flow.
The dynamic due probably rank in the top 5 bgirls in the world list(if there was one). What Taya did in the mid 2k’s AT has continued to do throughout the last 5 years. Run cyphers, burn bboys and take the “Bgirl” skill level to new heights. This is their story… 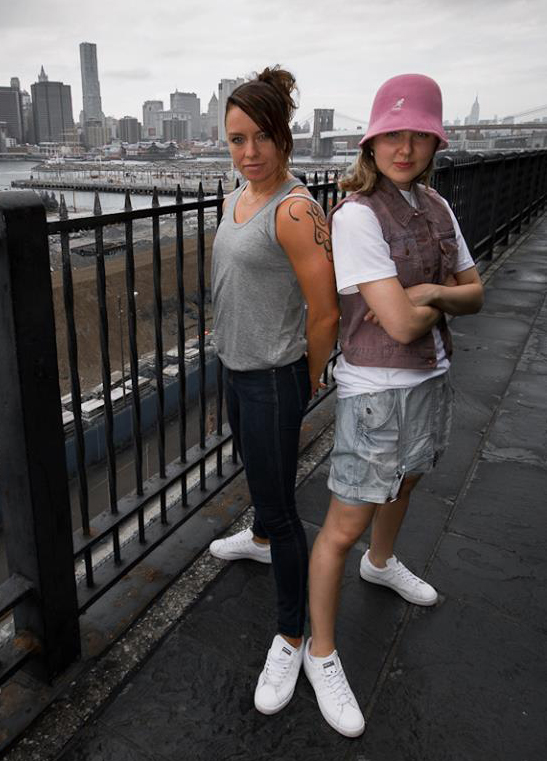 While there has never really been a b-girl scene in Finland that we Finnish b-girls could relate to thelevel has always been set by the guys. And you know the level of Finnish b-boying! Dancing in the same cyphers with Ata and Focus makes you push your limits to the extreme. Matching the level of the guys is not easy, but the stubborn Finnish mentality made us work so hard and as long as it takes to make it as close to that level as possible, of course within the limits of a female physique. “Good for a girl” was never an option.
Here is a story of two perspectives, a student and a master. Read as b-girls T-Flow and AT tell about each other. It’s a story about passing on the mentality and ideology from a generation to another. Legacy of the strong Finnish b-girling continues. 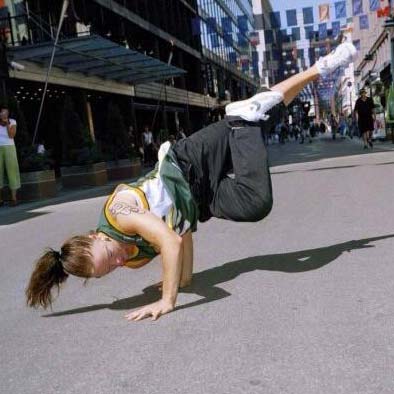 “Not what you do, it´s HOW you do it. That thought has been following me since I started breaking and I am happy to be around the people in my crew who are thinking in the same way. They have always given support and courage to believe in those words. Understanding that already in the very beginning can take you very far. That ‘s something I saw right away when b-girl AT stepped in my class.

This pretty young thing Anniina came to my breaking workshops around the year 2004 and I saw she had a background as a dancer already and her own soft groove. She was kind of shy and very sweet with her pink earrings on. She learned the foundational steps very fast and I always remember that it was amazing how she had a good stance in footwork naturally and her style was feminine, how it has to be but raw at same time. Like a natural born b-girl. This is what you don’t see in most people in the beginning. I also had to work for it myself and that time there were not so many people to say how it should be done. So I had to study hard.
I was so excited to have this inspirational young girl as a student and a practice partner. She was following me to some places where I was teaching and I decided to ask her and a few other girls to practice with me. I wanted her to develop her skill level and learn to freestyle with the things she already had. Anniina was a very motivated and dedicated person right from the beginning. It was kind of natural that she just stepped into practice and I felt that’s how it’s supposed to be. Ambitious girl, repeating steps most of the times and trying to get her indian steps perfect.

She was so hungry to learn about breaking and hiphop culture that she started traveling with us in young age. She started getting her own flava fast, also she made her own moves and knew how to battle. That was also already there. She started taking out many b-boys in Finland pretty fast. And what can I say. As a teacher you can feel you have done a great job when your student starts taking out your rounds!
There is a lot of stories about us. We did a b-girl showcase for one hip hop event and the show ended up being called “ Raw B-girling”. During that time I took the letters AT from her first and last name. So the name b-girl AT was born. I am actually happy she didn’t change that. We did some battles together and I think we did a great team. Personally, after some years I didn’t feel those big competitions and big stages any more so I kind of felt like stepping back. Representing in other ways was more important to me. I am proud that AT got in our crew and we have…. what I think the best b-girl in the world and among all of the b-boys I can say also one of the best dancers.” 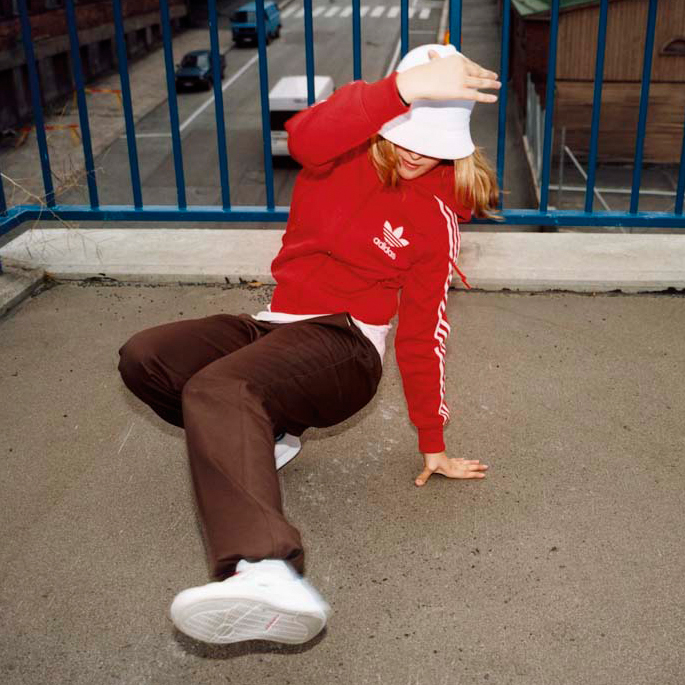 “My biggest teacher, my sifu, has been b-girl Taya, a.k.a T-Flow. She has been ahead of her time showing the world what b-girls are capable of, alongside with for example b-girl Beta. These ladies have been inspiring the b-girls in the whole world. The level of the b-girls today is amazing and it rises all the time. Nowadays you can see b-girls doing airflares and all that crazy stuff. But still today I haven’t seen any one that can mach Taya’s rawness, genuine flavor and flow.

Finland is a small country and we never have the most glamorous this and the finest that, but we do have one of the best b-girls of all time and I’ve been very lucky to have the chance to learn directly from her. The first time I saw Taya dancing was in 2004 when I went to try a free workshop of the Flow Mo Crew. After the workshop there was no turning back. I was hypnotized by the 6 steps and 4 steps they did so magically smooth. Hip hop hit hard right away and I still get goose bumps when I reminisce those times and the feeling.
I started training super hard straight away and every Sunday I traveled 2 hours each way to take Taya’s class in another city. The desire to learn was so strong, it felt like I had found a new fire burning inside of me. Soon Taya started teaching me also in the spot the b-boys train and eventually this led to a priceless exchange of two dedicated minds. In no time I got deep in the culture because Taya took me as part of her b-girl life with bringing me to jams, parties and sessions. She showed me the real essence of the culture and shared her knowledge. On that time I didn’t know how to watch footage online so the only glimpse to the b-boys and b-girls outside of Finland was a VHS tape she copied for me including footage of Alien Ness, the Rock Steady Crew, the Skill Methods and so on. She also showed me footage of the rawest b-girls such as Jeskilz and Beta.

What Taya taught me was the beauty and importance of the details. It’s never what you do but how it’s done! Right at the beginning she already explained how to have control in your whole body including your arms all the way to the fingers. We drilled the basic steps over and over again to make everything as close to perfect as possible. We are both perfectionists so the quality and cleanliness of the movement is our obsession. Who else would watch Kenny on slow motion to see the perfect form in the moves!?
I’m happy and extremely lucky that I’ve had a mentor like her. Taya’s ideology and vision have left it’s impact on my style and the way I think. I’m proud to continue and carry on the Finnish b-girl tradition that doesn’t have too many representatives but even deeper understanding and stronger passion to cover the lack of quantity.”