TBT:To the BC ONE haters

No event in our community gets as much “hate” or attention as Red Bull BC ONE.

Why is that? Simple, it is the most popular event in our community. Some of you may say, “But of course, it’s organized by Red Bull and Red Bull has all this money, and… [blah blah blah]” Haters, not fans of Red Bull, are the ones that make it the most talked about and popular jam in our community worldwide. 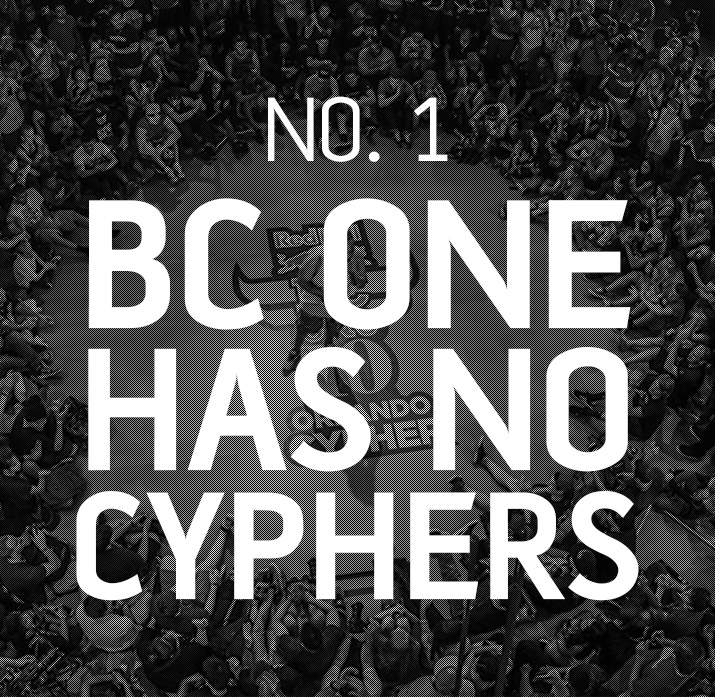 This is something that gets talked about a lot. We don’t attend the BC ONEs to know (I doubt the haters attend), but from experience we can say that the BC ONE USA Finals in 2012 actually CANCELED its own pre-party and provided transportation for all bboys/bgirls to attend Cyphers Adikts Chicago the day before it took place. How dope and supportive is that? Cypher Adikts was also the official pre-party event for Red Bull BC ONE World Finals in Korea 2013. BC ONE Florida “Cypher” always has cyphers, and this year FUSIK will be performing live.

BC ONE USA Finals in Texas featured Brown Out right after the main battles ended, and plenty of “cyphers” broke out there too. So yeah, many of those who hate must not really know what takes place at plenty of these BC One events. 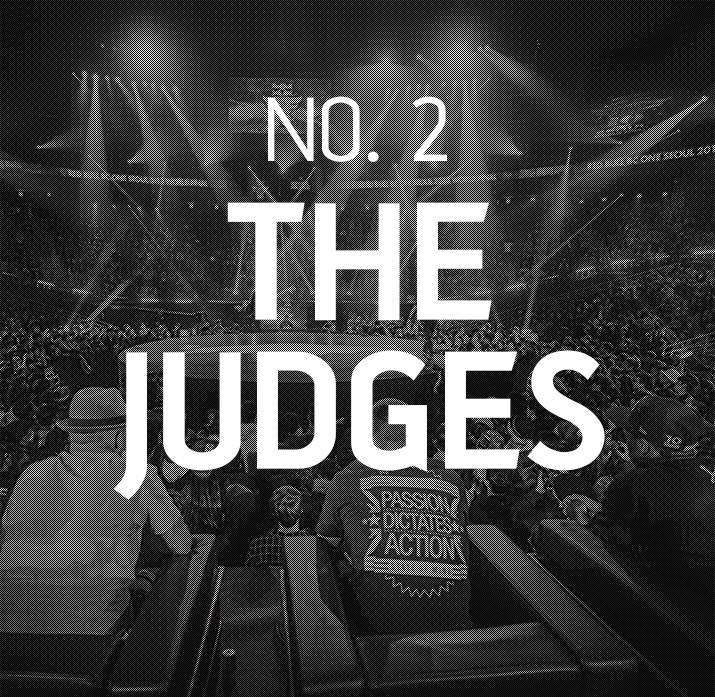 Man oh man! Everyone complains about the judges time after time. To this we say, what jam doesn’t have judges complained about?!? The haters complain about certain “popular” bboys judging. The “fans” complain about their favorite bboys not judging. Everyone has something to say, and some of the most respected bboys in the world have judged this event. The reason why many other “respected” bboys have not is not because BC One does not want them to, but because they are as unprofessional as they come. They won’t return emails and won’t answer phone calls. They’ll even MISS THEIR FLIGHTS! The list can go on and on, but you get the point. 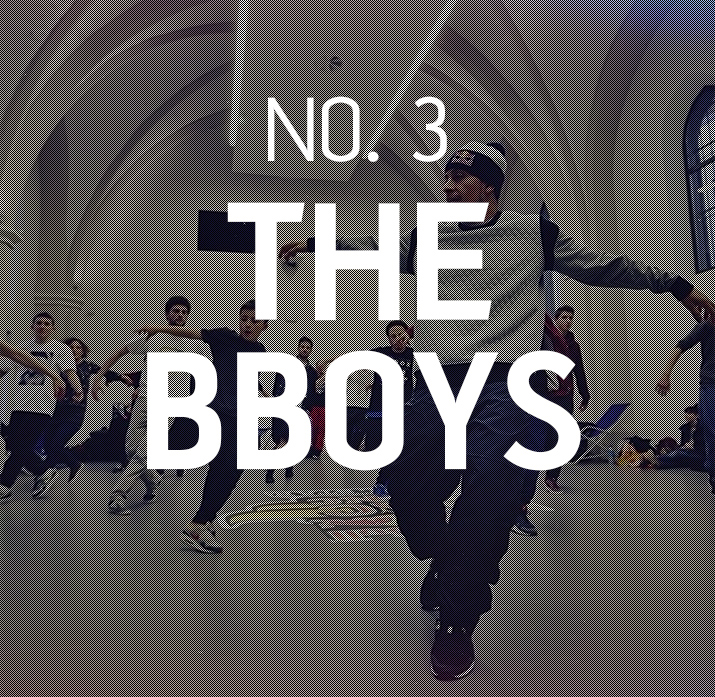 Again, just like the judges, the haters complain about the best bboys not getting selected to compete.
This one is tricky because “the best” really means their “homies”. Most of those that complain are the older generation 90s bboys that can’t stop talking about how things used to be. Let’s be honest, just about ALL those bboys from the 90s generation would have loved for BC ONE to have been around in the 90s. They sure talk to the talk, but few from that era walk the walk when it comes down to this level of competition. ‘Lords Of The Floor’ (Red Bull event) had the “cream of the crop” competing at their event. The haters are secretly jealous and stuck in the past. 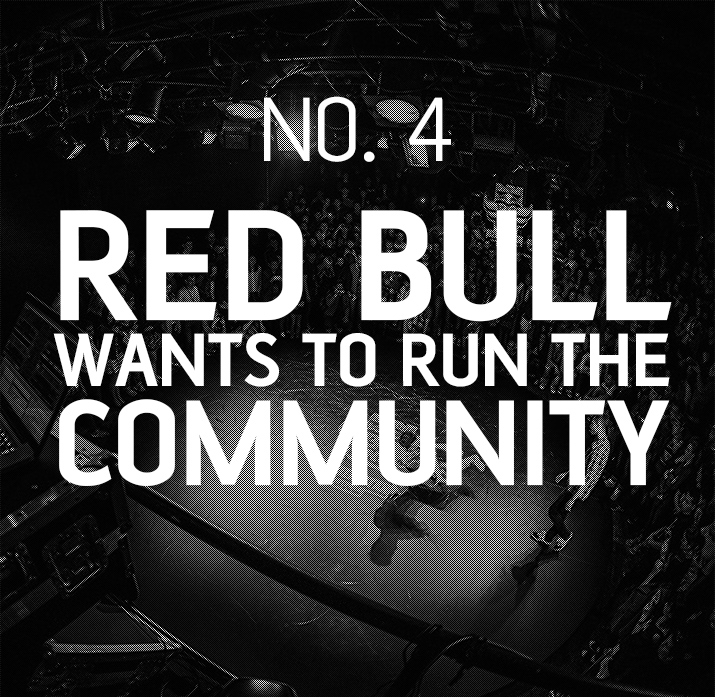 And the haters want to destroy it! How stupid can you guys be?! Contributing and providing opportunities to bboys, DJs, and promoters worldwide is not “running” anything. It’s called SUPPORT. Most bboys, DJs, and promoters that work with Red Bull always have great things to say. As a professional company, they do a great job hearing our ideas and implementing them for BC ONE and all things bboy/bgirl. 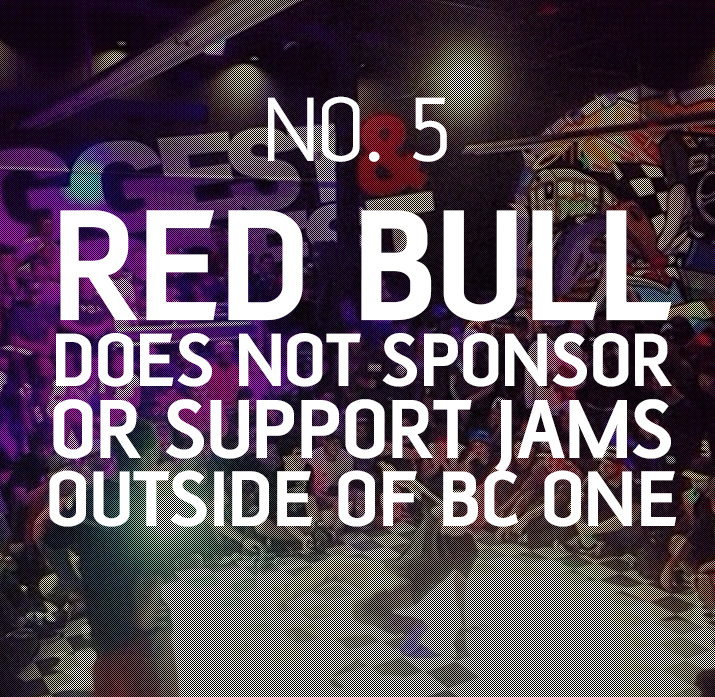 I will keep it short and simple. Red Bull gave a generous donation towards Outbreak Hip Hop Festival. I won’t call it “sponsorship” because they didn’t request their logo to be put on the flyer (it was not). Red Bull also provided the sound system for the outside area of the event and supported previous Outbreak events. They do the same for Outbreak Europe. We are speaking FACTS from experience. 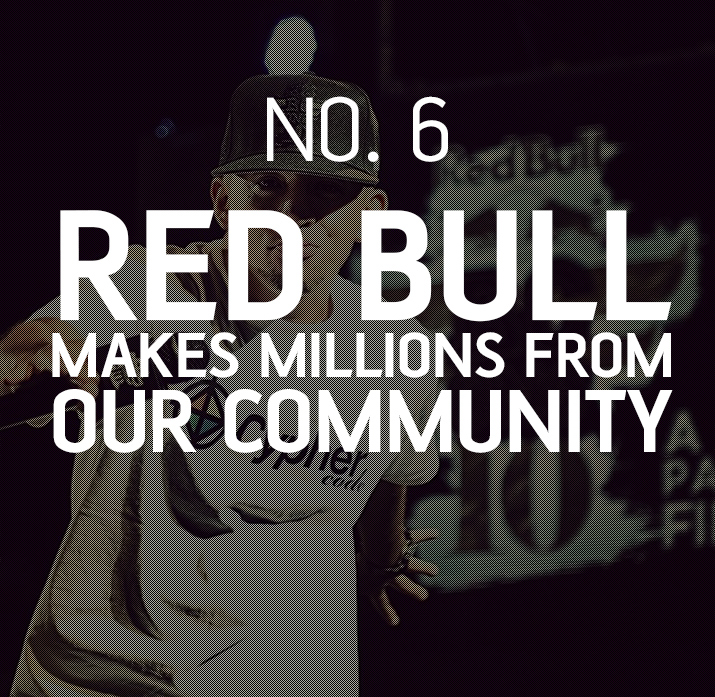 Right! Sure they do! Again, are you guys crazy?!! If this was the case, Nike, Adidas, Puma, and many other multi-million dollar companies would follow suit. On the profitable markets scale, our community is very small. Companies don’t find us to be worth their time. Red Bull promotes lifestyle, adventure, and taking the human body (physically & artistically) to its limits. Breaking is a perfect fit, and we are lucky to have a company of that level invest in us as they do. Hopefully more will follow in the future. Monster Energy recently created a Bboy team. We love it! Why? It’s another major company investing in our community.

All in all the haters will probably learn nothing and hate on this blog–Red Bull didn’t pay us or ask us to write it, we don’t work for or have a contract with BC ONE. We work with BC ONE, but will always be free to support who we want or do what we want. The reason for this blog is because too many have something to say without actually knowing.

While we may not agree with all things related to BC ONE, it is not our event and every promoter or organization has a style in how they work. We respect that and learn from it as we’ve learned from other small & major promoters. Our relationship with Red Bull spans 10 years. We speak from numerous working experiences with the company, and not once have we felt pressured or pushed into a situation we did not like or would regret.

Tags: bc one, Red Bull