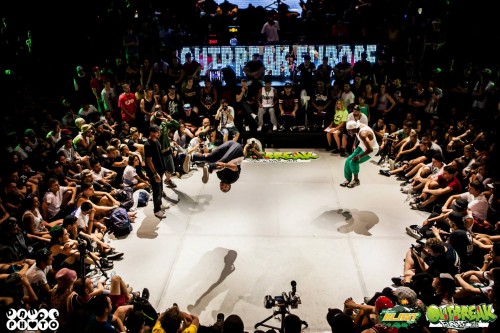 Friday was all about the prelims. 111 bgirls for 1on1, 243 bboys for 1on1, and 201 crews for 2on2 were promising a long day. Friday was ended with a traditional preparty at Urban Spot.

Saturday, the main day, featured the final battles for all Outbreak Europe categories. Historically biggest Outbreak Europe with the highest level of battles created that special vibe in the club Ministry of Fun. Congrats to all the winners. Let the battle footage speak for itself.

After the Outbreak Europe finals, the day was not over. Czechs and Slovaks were excited about who would get that BC One Cypher title. Congrats to our staff member Miniboj Killa for taking it. After the BC One Cypher and concerts of local rap artists, the bomb that everyone was waiting for was about to drop. M.O.P. straight up killed their show, getting everyone jumping around. This was not it. Flue Band all the way from Poland got people hyped in the garage stage, followed by the “legendary” afterparty in the Ministry of Fun. Why legendary? M.O.P. simply joined the party. Dj Lean Rock dropped the hottest 90’s tracks, while Lil Fame did some scratching and Billy Danze, Tone, and Cros One hyped the crowd on the mike. Not talking about Sunday afterparty, where Lil Fame actually joined the cyphers. 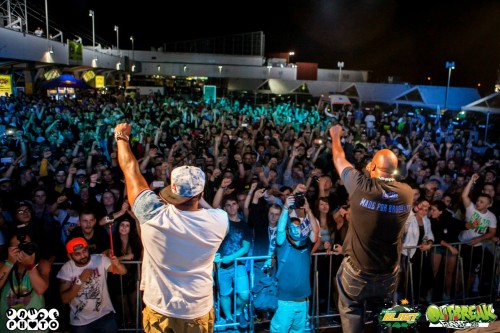 Sunday was all about those Rep Your Country battles, with Poland defending their title second year in the row. Congrats!

Last words shared after the festival. “I haven’t experienced hip hop event like this in 20 years. I felt like in the 90’s. There is hope that Hip Hop will be still alive. I want to fly myself and my daughter to Outbreak Europe next year, to show her what the real Hip Hop is” Laze Elliott, DJ, producer, and co-founder of M.O.P.

Stay up for the entire festival video recap!

Thank you for the support and see you next year!