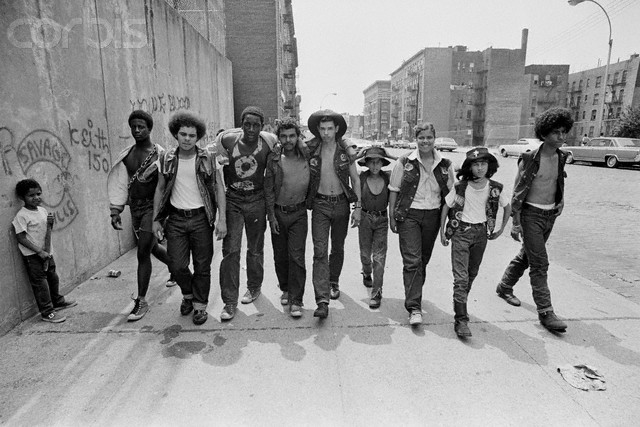 One can not speak of the roots of Hiphop Culture without mentioning New York’s street gangs
of the 1970s. At the time, The Bronx was truly a concrete jungle yet it was there in the middle
of “gorilla warfare” that Hiphop Culture was born. Gangs like the Black Spades (Afrika Bambaataa was a BS warlord), Savage Skulls, Savage Nomads, and the Ghetto Brothers control the streets. The movie “The Warriors” is infamous in our culture. Bambaataa went on to transform the Black Spades into Zulu Nation and the rest is history.

Two important New York Gang documentaries that are a MUST WATCH:

The movie description says it all:

“This 1979 documentary film focuses on gangs such as the savage skulls & nomads who occupied areas of the South Bronx. Perhaps even more compelling is considering that the backdrop and social conditions in this film are a ‘far cry’ from the lifestyle being promoted through disco music and film. Perhaps this answers questions to why many people took preference over the funk records which arguably pathed the way for Hip Hop culture.”

Another great documentary about New York City is:

77 THE COOLEST YEAR IN HELL

This documentary speaks a bit more about how gangs translated to Hiphop Culture.

It’s very hard for us to go in detail, instead we hope the blog is an introduction to those interested in learning more and putting the puzzle together. You can also ask certain O.Gs who will be able to answer some questions. Some of these gangs have webpages or you can read a bit more on wikipedia.

We would like to leave you with a song written by THE GHETTO BOTHERS.

GHETTO BROTHER POWER. One of the illest breaks ever!